August 25, 2009
Still prepping for that Doctor Who RPG I mean to run, and we really want to cast the role of the Doctor analog correctly. We don't want our principal Time Lord to be the Doctor per se, but someone sufficiently Doctorish (or someones, since multiple players may play later regenerations in side games). So first off, what are the qualities we're looking for? What does Doctorish mean? We identified three things that are necessary to creater a proper, adventuring Time Lord, and an extra for this particular campaign:
1) Curiosity (to motivate travel and get us into plots)
2) Eccentricity (rogue Time Lords are a quirky bunch, as much physically and mentally)
3) Brilliance (must be able to carry off their great intellect)
4) Because we want to play post-Time War, we also need the Time Lord to be a wounded soul.

So who fits? Here are the ideas we came up with for our Time Lord, the Shepherd.

BRITS
(If all Time Lords are Brits - and we want to forget Eric Roberts' Master as much as possible - then these guys are Time Lords, surely.) 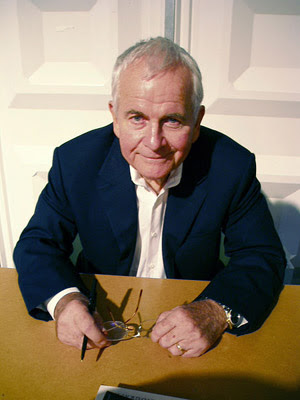 A little like the 7th Doctor, a seemingly harmless little gentleman with a dark side you don't see coming. Relevant experience: Tons of genre work from The Fifth Element and Lord of the Rings to From Hell and Brazil. 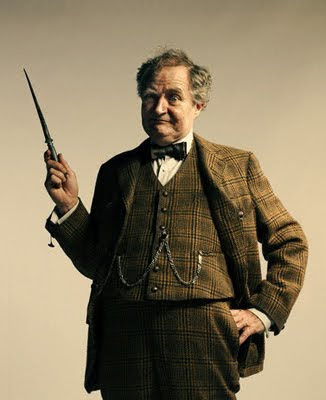 He's proven that he can play loud and eccentric in such fare as Moulin Rouge, and walk the line between comedy and drama in Hot Fuzz. Relevant experience: He actually played the Doctor in The Curse of Fatal Death, though not a very effective regeneration. 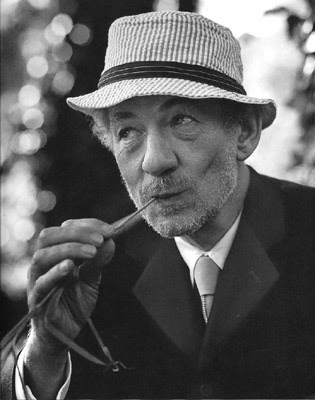 His Gandalf persona would certainly match a character we want to call "The Shepherd", but he was never so eccentric than as "himself" in an episode of Extras. Relevant experience: Certainly no stranger to genre work (like all the Ians, though I haven't tagged Ian McNeice here). 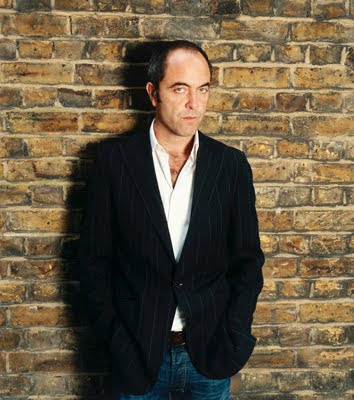 My favored casting for the 11th Doctor, Jimmy Nesbitt makes a great "working class" Time Lord. Admittedly, my familiarity with his career is limited to Millions and Jekyll. Relevant experience: Jekyll was the brainchild of the new Doctor Who head writer Steven Moffat. 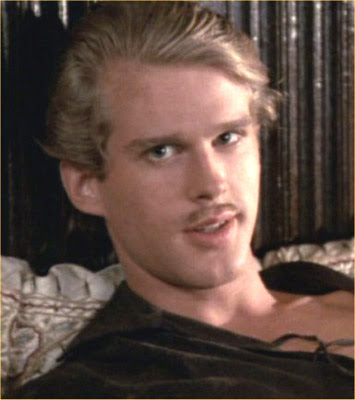 Circa The Princess Bride. A young regeneration of the Shepherd, in the Davison/Tennant/Smith mold, he manages to combine supreme confidence, quick wit and a swashbuckler's skill in the same performance. CAST! He will play a later regeneration for a side-game filled with one-shots, but the character for our main gain must be a little older and sadder. 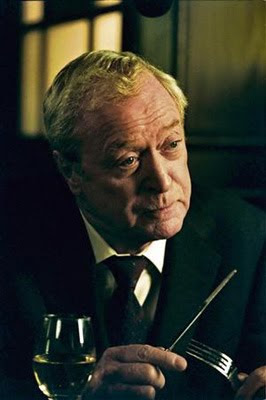 We're thinking anyone who makes an excellent all-knowing father figure to Batman should be able to handle a few companions. Worried about not coming off as quirky enough. 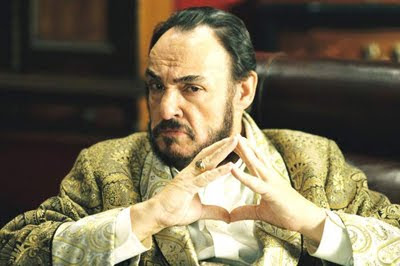 Boisterous even in life and he played a character called The Professor in Sliders. Seeing as the usual Doctor analog in called the Professor, that's a pretty tight fit. CAST! He plays the lead in our main campaign. Welcome aboard, JRD!

NOT BRITS
(There's no reason an American or other nationality couldn't play a Time Lord... Every planet has a West.) 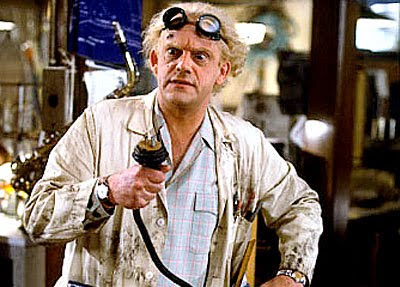 For Americans, it's important that their accents aren't TOO American, and eccentricity has to carry the day to justify their casting. Christopher Lloyd SWEATS eccentricity. Too much? Relevant experience: Doc Brown is the model here, obviously. 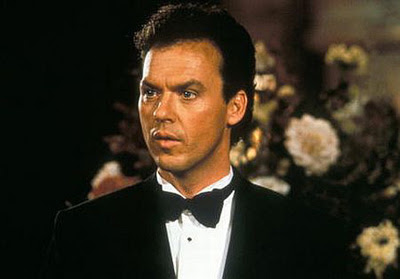 An odd choice, you might say, but his many neurotic performances earn him at least a first audition. I'm thinking about his distracted Bruce Wayne, but The Dream Team and other comedies might also provide clues to how he would play a Time Lord. 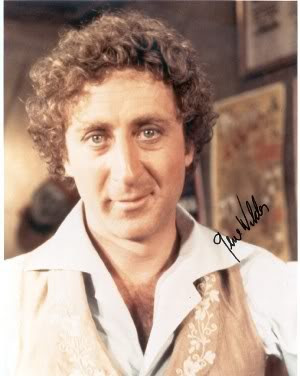 Probably the best American fit, especially in his early 70s work. Had Doctor Who been an American program, he would have played him for sure. Relevant experience: Willy Wonka, Sherlock Holmes' Younger Brother, Young Frankenstein. 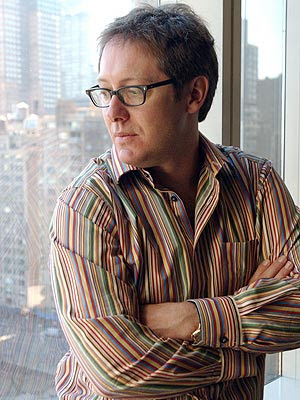 Quirky in everything I've ever seen him in, from Sex, Lies & Videotape to Boston Legal, James Spader may be just a little too lascivious in his quirkiness though. 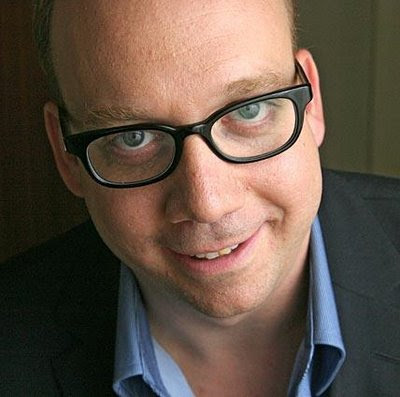 His faux-British accent in John Adams proves he could do it AS a Brit, and his lovable loser persona would make for an entertaining spin on the rogue Time Lord archetype. Definitely one of my favorite ideas, and if I were player rather than GM, probably my personal casting.

Obviously, as we've decided on a male Time Lord, I didn't cast any ladies. It's not because I don't think any actresses are "Doctorish", quite the opposite. I would love the Doctor to get a sex change some day. But I'll open the floor to you. If you were to cast a new rogue Time Lord hero or heroine, who would you cast?
Doctor Who Inspiration RPGs

Tim Knight said…
Wow! You're really getting me fired up for this game to arrive. Are you able to get a "head start" on the rest of us with what you had for playtesting or are you waiting for the official release in November?

For Brits as Time Lords might I also suggest:

* Stephen Fry (http://en.wikipedia.org/wiki/Stephen_Fry - a man with the brain of a Time Lord already and the closest you could get to having Oscar Wilde in a TARDIS)

And I'll try and think of some more, I distinctly remmeber watching TV the other day, seeing someone and thinking: "He's make a great Doctor."
August 25, 2009 at 8:18 AM

Siskoid said…
I'm using Unisystem in the meantime. No inside info.

Eric TF Bat said…
I really liked the suggestion that was bandied about of Paterson Joseph, the Marquis de Carabas from Neverwhere. But my personal favourite Doctor would have to be a much more "out there" idea someone else came up with, pre-Ten: Eddie Izzard. He'd be splendid!
August 25, 2009 at 8:44 AM

De said…
I second Stephen Fry wholeheartedly. For some reason, I also like the idea of Bill Nighy. He seems Doctor-ish to me albeit a mild-mannered one.
August 25, 2009 at 9:46 AM

F. Douglas Wall said…
Micheal Keaton: I think the film was called "The Dream Team," not "The Green Team." It was Keaton, Christopher Lloyd and Peter Boyle and a few others as mental patients who have some misadventures after their psychiatrist gets mugged after a therapeutic trip to a baseball game.
August 25, 2009 at 11:44 AM

snell said…
It may be a bit too ubergeek, but I've always thought that, if put upon, Patrick Stewart has a wonderfully gruff and cranky Doctor in him. Which may be a bit out of fashion these days...
August 25, 2009 at 11:50 AM

FoldedSoup said…
Those are some pretty good ones! Here's two more I've been thinking about pretty strongly:

Martin Léger said…
Hugh Lauri for sure! Another would be Alan Rickman, don`t know why exactly, seems like he could fit.

As for Americans, odd choices. Firstly, Mos Def, simply because he did so well as Ford Prefect, as this guy who is a little off but you would still trust him to go at the end of the universe. And a black doctor would be cool.

Now something completly random because I can, Tom Hanks. Think about it, mix in some post-time war angst from Saving Private Ryan, some silly component of Cast Away, silly honest obliviousness of Forest Gump, curiousity and intelligence of The DaVinci Code and Bam! You got this cool americain Doctor!
August 25, 2009 at 5:17 PM

"Obviously, as we've decided on a male Time Lord, I didn't cast any ladies. It's not because I don't think any actresses are "Doctorish", quite the opposite. I would love the Doctor to get a sex change some day."

Does that mean that at some point Romana should have been played by a man? I'm not sure if cross-gender regeneration annoys me more than that "loom" nonsense from the novels or not.

At any rate, have you considered actually using the Professor?

The last one, William C. Gelinas, would be a good choice. That or the guy from this Who fanfilm I once did an article on.

Not self promoting: I'm not going to spend the night hunting down the video on Google. Both would be good choices.
August 25, 2009 at 8:43 PM

Siskoid said…
While I may be a class-A geek, I can't expect my players to be. They're not versed in the fan-made videos, so they were never thrown out there.

As for a female Doctor, Who writers are really good at justifying all manner of craziness, and I believe it WOULD work. I've said so before and I'll stand behind that opinion (and use as a shielg against thrown objects).
August 26, 2009 at 9:26 AM

joncormier said…
I think you really need to watch Bloody Sunday with James Nesbitt. It's incredibly depressing, just to warn you, but an incredibly powerful movie. It was denied an Oscar (or possibly a BAFTA) because it was aired on TV while still in cinematic release.
August 26, 2009 at 10:32 AM

ShadowWing Tronix said…
James Bond as a Time Lord? Everyone knows that.

Lenny Henry does have experience as the Doctor, and he's a good actor.

Although I could go real obscure and mention Chicken Boo played the Doctor in an Animaniacs comic.
August 26, 2009 at 7:17 PM

Tim Knight said…
I'm glad to hear I'm not the only one who thought James Bond was a Time Lord!

Another suggestion would be Dominic West (of The Wire et al). Didn't realise for ages he was a fellow Brit; now seen him in a variety of roles and he's always different.
August 27, 2009 at 6:40 AM

Jack Norris said…
I always thought that the appearance of a Time Lord with a North American accent could be explained away by the whole notion of Time Lord Guilds/Chapters/Houses/whatever they were called (I think it was first introduced in Deadly Assasin), so that when the Doctor's companion asks why the Doctor's old colleague/foe/whatever has an "American accent" he can say "it's not, it's an Arcalian accent."
August 29, 2009 at 7:55 PM

Carreaux said…
Just a bit of trivia, but Stephen Fry has actually already played a Time Lord (the splendidly named "Minister of Chance" in the BBC webcast of "Death Comes to Time" about eight or nine years ago), and he wrote an episode for the second series of the revived DW, but it was bumped to series three for budget reasons, and then dropped altogether because Fry didn't have the time for rewrites. I'd love to read it.
January 15, 2010 at 6:41 PM

Siskoid said…
Well, the point wasn't to predict the Doctor's casting, it was to cast our own Time Lord for a role-playing game.
November 7, 2010 at 6:50 PM