As I've already said, I think, my Doctor Who: Adventures in Space and Time RPG has finally arrived and it's GORGEOUS. See below for how my players just couldn't wait to try it. I also got a couple of new Classic Doctor Who DVDs - The Keys of Marinus and The Twin Dilemma. Both pretty terrible stories, from all accounts, but I haven't seen either of them. Also among my purchases this week: Sppoks/MI-5 series 5 (and me not having flipped series 4 yet... too much commentary!) and by the MAKERS of Spooks, the first four series of the con artist drama, Hu$tle. Looks interesting.

VDs: It's been on my shelf for a while - Batman: Mask of the Phantasm. Flipping it was easy since it had no extras, but I was curious to see it again after the first time, which was in theaters in the early 90s. As good as any Bruce Timm Batman story, really (and better than many a Batman film), but the animation doesn't get much more extreme than that (though some nice stunts). As for the story, it's unremarkable except for the flashbacks to Bruce Wayne's early attempts at becoming a street avenger. In those sections, it shines. Though I'm not as in love with it as others are, I dare say that before the current Batman franchise, this was the best Batman feature,

Kung Fun Friday, we watched the Vietnamese film The Rebel, starring (and written by) Johnny Nguyen, the bad guy in The Protector and one of the stuntmen who played Spider-Man, though the "rebel" is, to me, Veronica Ngo's character. Is there anything hotter than a girl who kick ass? Vietnam's first ever action movie is a quieter affair than you might expect, with gorgeous cinematography and subtle melodrama. I love that Dustin Nguyen (of 21 Jump Street fame)'s villain is a Toad (someone who uses the Iron Jacket techniques) because we've had a thing for Toad styles over here since viewing The 5 Venoms. A great action too. A very well-made period piece that takes place during French colonialism. The DVD has a commentary with the three stars and Bey Logan, and all three stars turn up in extended interviews on the second disc along with a fun making of, a deleted scene, a martial arts demonstration and behind the scenes material (some 2h30 hours of stuff on that second disc, I'd say). 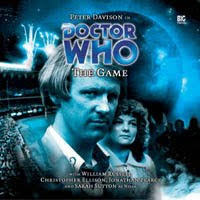 Big Finish Doctor Who audios: Listened to three this week. The first is The Game by Darin Henry, and it's the best of the lot. It features the 5th Doctor and Nyssa on a planet where war is waged as a sporting event. Not only is the satire of fans and players alike rather fun, but so is the temporal paradox at the heart of the B-story featuring an inept diplomat played by William Russell who was Ian Chesterton in the original series. This is a recurring theme in this era of Big Finish: Using Who actors in other roles. 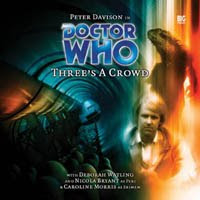 ase in point: Three's a Crowd by Colin Brake, featuring Deborah "Victoria" Watling as the leader of a failing colony. The 5th Doctor, Peri and Erimem visit a place where three is literally a crowd. They've never been more than 2 in a room before. It's got some interesting bits, especially the theme of whether or not Erimem will stay with the crew, but by the time the alien presence is revealed, you've heard on the guest actors hyperventilate enough to stop caring. The main characters are excellent, but the rest of the story is just ok. Then again, worth it for the last line. 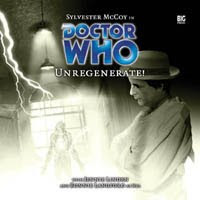 nregenerate! by David McIntee also has a special guest star in Jennie Linden who played Barbara in the original Doctor Who and the Daleks movie. This is a difficult story to follow, which is what I like about it, told in short scenes that aren't necessarily chronological. Following his regeneration, the 7th Doctor is in an asylum and Mel means to break him out. But then there are Time Lords experimenting on people stolen just before their deaths, and gestalt minds, and a bizarre reason for the Unknown Cabbie character to stay behind... All sorts of strange happenings that somehow never create any momentum for the story. It's good, but lacks oomph. Disappointing in that I really like the McIntee novels I've read.

RPGs: No sooner did I announce a Doctor Who campaign that my players came over to make characters. Looks like the March start date might be pulled a little closer at this rate. The Companions were made first - Chalif casting a young Gordon Liu (based on Heroes of the East) as his 21st century naive guy with martial arts ability, and Fred going for an eccentric but charming John Leguizamo from the 31st century, looking to live history for himself. My oldest player, Etienne, is building his Time Lord even as I write this, The Sheppard, a bon vivant escapee from the Time War played by John Rhys-Davies. The other interested players will be guest stars for now (some recurring and some potentially joining). I really do have to finish reading the rule book though!

Hyperion to a Satyr entries this week include:
Act I Scene 2 - Ghost Stories according to Hamlet 2000

Neglected Post of the Week
I see the Golden Globes creeping over the horizon, which made me think of my own Role-Playing Awards Show that I'm supposed to host annually. Haven't in a good while though. I should follow my own advice, which is HERE.
Doctor Who Geekly roundup RPGs