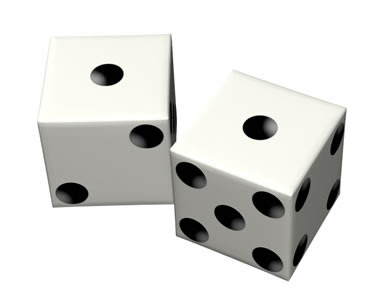 d6 is the star of the set. He's the original. He's the icon. He means as much to a gamer as he does a gambler or a family sitting around a board of Sorry! or Payday. He has Snake Eyes and Boxcars, and his Six is oh so Hard.

Real name: Cubic die
Nickname: Bones
Uses: In addition to dozens of dice games and board games, our 6-sided friend is one of the best represented in role-playing games. Think about it, you're creating a new game, but you won't be able to put out a boxed set. What dice do you use? Not everyone has access to gaming stores and polyhedrals, but anyone can raid a couple boxed of Yahtzee and have more than enough d6s for a good group of GURPS players. Why not just make it easy on your potential players? So yes, GURPS' 3d6 mechanic, AITAS/Unisystem's 2d6+Attribute+Skill, Shadowrun's dice pools and West End Games' d6 system, but also games that use different sided dice - they'll always make use of the d6. If you're into D&D, the d6 makes you think of the short sword and the rogue's hit points.
Beloved because: Easy to find. Easy to horde. The best spinners out there, elegant dervishes that still represent a challenge. The ones with something neat on one of the faces, like in the Ghostbusters RPG. The natural 18.
Hated because: The madness of the natural 3. It's the ones that Mundanes use and so are inherently boring.
Greatest fear: Being trapped under that Trouble board game bubble. 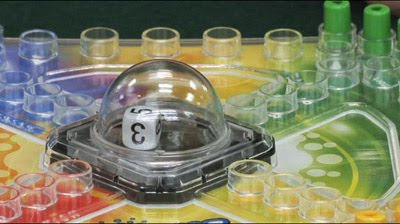 Siskoid said…
No, but I've played Shadowrun, which tends to get kinda crazy.