Previews for RPGs (No, Not the Catalog)

March 08, 2010
Here's a nifty trick I tried based on advice in the Doctor Who: Adventures in Time and Space RPG: Previews of the next session! Now, DWAITAS is strong on genre emulation, and since it is based on a tv show, it recommends you make your sessions like that tv show. And I'm not far off as a GameMaster. RPG campaigns as a medium are episodic, just like television, and I've experimented with "teaser" moments, soundtracks, subplots, etc. to give them that television vibe in the past. And yet, I'd never even thought of doing previews for the coming week/session.

And now that I've tried it, it's definitely going into my GameMaster's toolbox.

How I Do It
I write a little script with maybe a dozen things on it. Some are images which I will read, some are lines of dialogue (I try to include one for each Player Character). I hand out a few copies so that we can all read from it. With a little soundtrack in the background, we have a go. 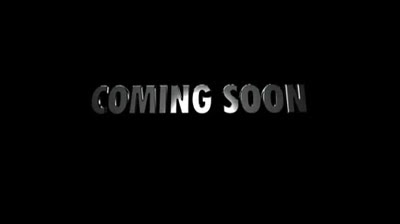 In the above example, I put a blank where the word "Dalek" goes so as not to give it away when they received the hand-out, but it really doesn't matter. The important thing is not to give too much away. A few lines that would be expected in the first 15 minutes of a show, a reveal of an important guest-star or monster, and don't be afraid to mislead the players. That's what tv producers do too! Your announced threat may not be one at all, just a line taken out of context, for example. 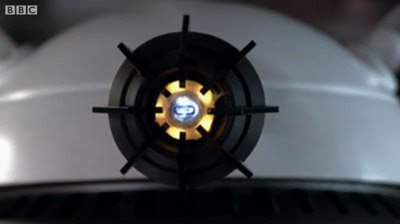 What It Does
The preview has three distinct effects and uses. First, it creates anticipation for the next session. I've found players even more committed than usual because they can't wait to see what the preview MEANS. If you've done your job well, it'll feel like a puzzle and pique their interest.

Secondly, we've found it's great fun to make sure those images and lines are delivered in the actual session. Players re-read the preview for themselves at the start of the next session and find a place, somewhere, for those lines. It's even more fun when a player has obviously missed the opportunity and finds a way to say his line much later, recreating that "misleading preview" effect for himself. Generous GMs may even reward players that cleverly lay in their line or moment.

And that leads us to the preview's third effect: Guiding the story. If the preview shows the characters in a jail cell, then they must have gotten captured. Will they surrender more willingly when the time comes? (The answer is yes, by the way.) So in the above example, my real story takes place somewhere out there in the wasteland, so I have them leave the TARDIS. They might roleplay a scene where they try to fix the ship, but they already know they must leave it at some point. And they will. Railroading? A bit. But the preview makes it a smooth part of dramatic necessity by making the players willing participants. In a traditional role-playing game, I might shipwreck the crew on alien shores, and then they might putter around the ship instead of exploring. I'd have to create moments that attract them away or strongly hint that the fix is "out there". This way, no GM interference is required and the players make it their own idea. In a game like a Doctor Who RPG where the whole of space and time acts as a canvas, the preview is a good way of announcing where the TARDIS will land so that players can actually choose it to be their destination. And since anything is possible, guide posts from the preview can help structure the game. This is why it's a good idea to only put your set-up in the preview. You don't want to dictate the climax, the players' solutions, etc.

The Next Step
We played three times this week (thanks Spring Break), and read three previews. They were great fun to read and to later insert in the "completed episode". The next logical step now that players are familiar with the device is to allow the players themselves to improvise their lines. These could be "blind" lines that are generic enough to be inserted into the next episode (or completely crazy and fun to someone shoehorn in), or they could be in response to images and NPC lines you throw at them.

See? I'm not a tyrant. They'll be able to use their own voices soon enough. After all, we're "writing" this story as a committee!
Advice Doctor Who RPGs

Unknown said…
Love this idea! Can't wait to hear how it goes when the players improvise their own lines. I can already imagine myself trying to pull off the most random quotes.
March 10, 2010 at 10:19 AM

Anonymous said…
I have been doing this with my 4e game for a bit now. I don't always get to their previews in the next session, but i get there eventually.
March 28, 2010 at 4:37 PM

Dungeon Newbie said…
Ah! What a coincidence. I've been playing with this "preview" thing for a while now, trying to decide whether I should include it in my campaign. Thanks to this article, I decided to do so and it was a huge success! :D :D :D
May 19, 2010 at 3:34 AM