What If... the Hulk Went Berserk? 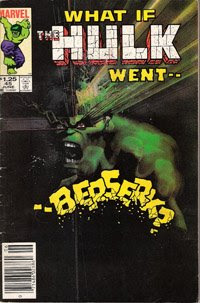 I suppose it's natural that with my look at the original What If? series, there'd be an increase in What If-related posting. The actual reason I'm doing this one now instead of next Saturday is because I've already done it! Way back in January of 2009 in fact. But since it wasn't formatted like my other What If? posts, I've decided to do a little update.

What If Vol.1 #45 (June 1984)
Based on: Incredible Hulk #1
The true history: Bruce Banner sees Rick Jones drive into a gamma bomb testing ground and runs off to throw him in a ditch. He gets the brunt of the blast and, irradiated, soon becomes the Hulk.
Turning point: What if Bruce Banner was a little slower getting to Rick Jones?
Story type: Team Slayer
Watcher's mood: Hard-boiled... egg 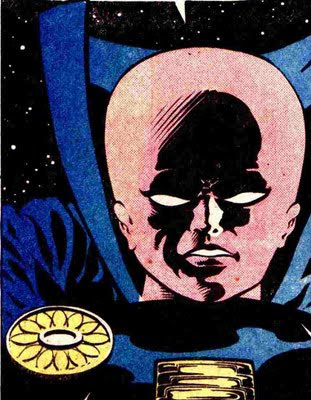 Altered history: In this parallel, Banner doesn't get to Rick as quickly and fails to throw him into the ditch. Only Banner's thin body acts as a radiation shield. 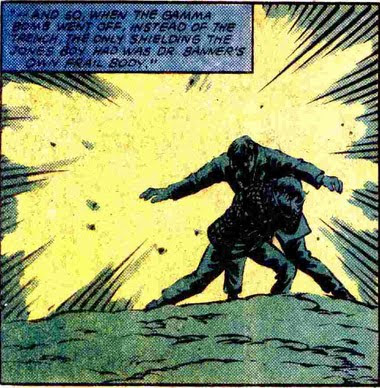 What this does is link the two men telepathically. So when Banner becomes the Hulk in the hospital (and it's the Savage Hulk, not the nocturnal gray Hulk), Rick can feel him and vice-versa. General Ross soon learns about this bond, and starts torturing poor Rick... which isn't helping the Hulk calm down any. 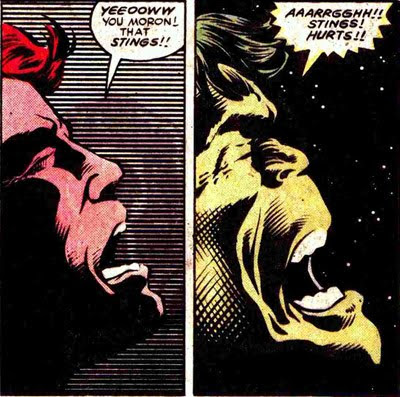 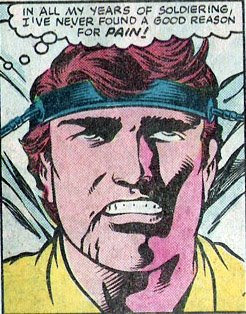 Guess what this does to the Hulk? His only brain friend dies IN HIS MIND! Well, from them on, it's Die Ross Die! Loads of destruction ensue, with the Hulk throwing ICBMs at Ross' helicopter. 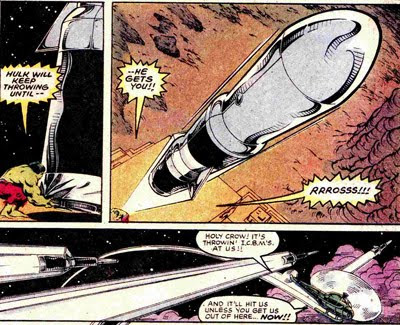 That's when ol' Thunderbolt decides to call in the super-heroes. First on the scene are the Fantastic Four. Hulk destroys the Pogo plane, but it gets worse. A brawl with the Thing ends at a missile silo where the Green Goliath decides he hasn't had enough radiation for one day. 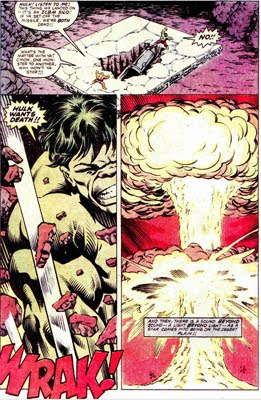 The explosion turns both men human again, but as soon as Banner wakes up, carried by Ben Grimm and moaning about Rick, he's not far from ripping his pants some more. 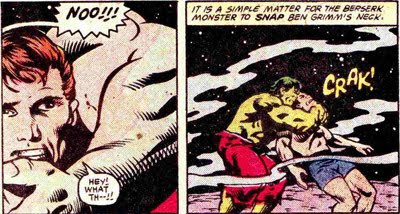 Ouch. The Human Torch is next, buffetted into another state. Reed and Sue Richards realize then and there that they are the sucky half of this team and leave well enough alone. Iron Man comes to rescue, but his "delicate" armor can't stand up to the Hulk's rage and bam, just like that, Tony Stark's heart is stopped.

Which leaves it all up to the mighty Thor who breaks the Hulk's neck and burns Banner's body with a well-placed lightning bolt.

Most. Hardcore. What if. Ever.
Books canceled as a result: Let's see. No Hulk. No Fantastic Four. No Iron Man. This might even have hurt Captain Mar-Vell's chances.
These things happen: On a regular basis in fact. The Hulk's always going berserk. However, if you're looking for a storyline about the Hulk never being allowed to rest from his enraged state, may I suggest John Byrne's run on the title? In that story, Banner finds a way to split himself off from the Hulk, resulting in a weak, crippled Banner and a force of nature Hulk that cannot be stopped. Yes, it's Star Trek's "The Enemy Within", but with more green.

And Saturday: What if Spider-Man's Uncle Ben Had Lived?
My (second) guess: Responsibility? What's that?
Comics Fantastic Four Hulk Iron Man Thor What If?