What If... the Invisible Girl Had Died? 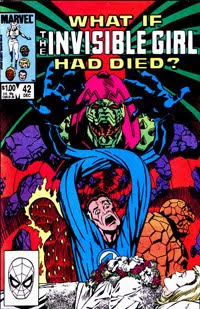 ...in childbirth. Yes, we're going back to 1968, birth date of one Franklin Richards who is still, what, 6 or 7 years old? Time moves very slowly in the Marvel Universe. DC's a little quicker, or else we wouldn't have proud fathers like Black Lightning, Batman and Green Arrow. But what if things went wrong back in '68? Actually, they did, but what if they went WRONGER? Watcher, enlighten us. This one's dedicated to all us geeks who've lost their mums (you know who you are, my thoughts are with you).

What If Vol.1 #42 (December 1983)
Based on: Fantastic Four Annual #6
The true history: There was an imbalance in the cosmic energy in Sue Richards' bloodstream that threatened her life and that of her unborn child. Just before she's due to give birth, Reed Richards found a "control" in the Negative Zone that could be used to stabilize her. He and the rest of the FF enter the Zone and fight Annihilus for it, escaping his clutches and returning home in the nick of time. Franklin is born and the FF family grows by one.
Turning point: What if Annihilus had caught up with the Fantastic Four?
Story type: Slayer
Watcher's mood: Name dropper 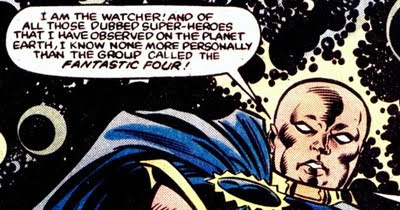 Altered history: This time, Reed doesn't come back in time because the FF get captured. By the time they escape, it's too late to help Sue. Though baby Franklin survives (and is NEVER HEARD FROM AGAIN), Sue dies. It is a sad day for the whole of the superhuman community.

Even Doctor Doom lays off and doesn't crash the well-attended funeral. Each surviving member of the Fantastic Four gets up and attempts a eulogy, but it's Reed's that gives former Invisible Girl flame Namor a frisson (click on the image for legibility). 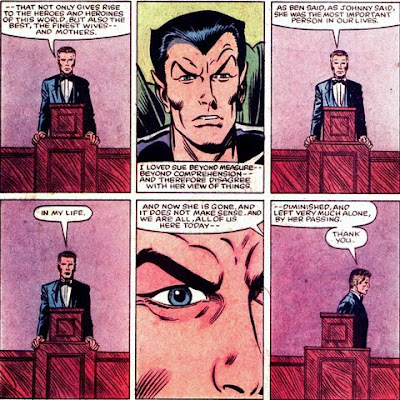 Namor moves in with the FF, fearing for Reed's sanity and life, all out of love and respect for Sue and what she would have wanted. He's probably right to worry: 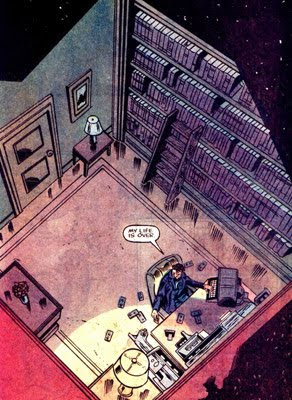 Reed erases all his files and prepares for a final mission into the Negative Zone... to kill Annihilus! 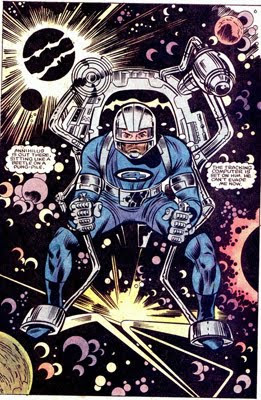 Though Ben, Johnny and Namor head after him and try to stop him from committing both murder and suicide, they fail. In the end, Reed speeds into a star clutching Annihilus' body. 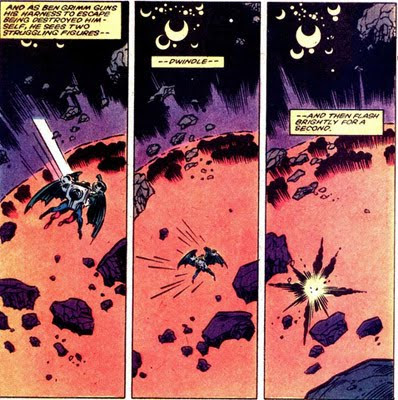 And that, friends, is how NOT to deal with your grief. What I've glossed over in this article is how touching the rest of the issue is, as we see how everyone reacts to Sue's passing. They don't all give in to despair, though they all feel the absence of the woman who they ironically couldn't see half the time.
Books canceled as a result: Hard to say. On the one hand, it's hard to kill the FF brand, and the team could continue with Namor and Crystal as the other two, at least until it's revealed Reed and Sue really didn't die. Or the title could be canceled and the Thing and Torch could each be spun off into their own titles. They've been able to sustain their own strips before.
These things happen: As the Invisible Woman is still around, no they don't, do poor Sue does have a history of bad pregnancies. Aside from the trouble with Franklin, she lost a second child during John Byrne's tenure, and what can we say about Val's convoluted arrival into the Fantastic Family? She started out at the future child of Sue and Doom, and then was retconned into the previously mentioned stillborn child... Anyway, the stuff that happens when Jeff Loeb revisits a Chris Claremont story. I don't want to get into it too deeply.

Next week: What if Conan the Barbarian Were Stranded in the 20th Century?
My guess: One word - Conanmobile!
Comics Fantastic Four What If?

Doc Thompson said…
This is hard one to rate.One one hand we feel for Reed Richards,but is his loss so great,that he'll go down with Annihilus.
September 11, 2013 at 3:35 AM