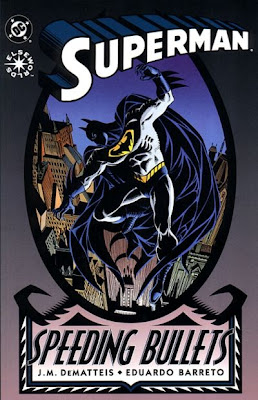 In Speeding Bullets, the Waynes - superhero comics' most famous parent team - that find baby Kal-El's rocket on the outskirts of Gotham City. They name him Bruce and take him to the movies. Well... you can probably tell where this is going. Thomas and Martha Wayne are gunned down outside a theater by one Joe Chill. And that's when grief-stricken Bruce exhibits super-powers for the first time. 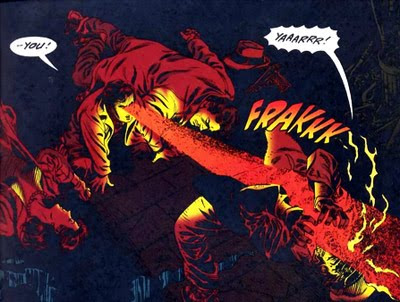 The trauma represses those powers until as an adult, he is once again attacked by a burglar and remembers. Alfred fills him in on the details of that rocketlit night so many years ago, and a mission, nay a legend, is born. Let's just say you don't want a Kryptonian Batman on your ass. 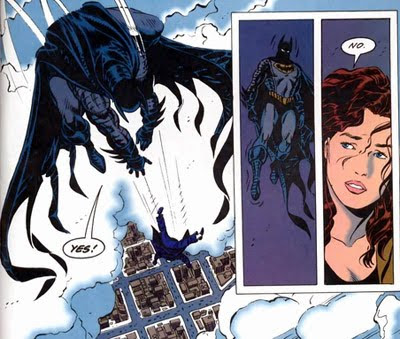 Because this is an Elseworld and not a What If?, other members of the Superman family are magically transposed to Gotham, including Lois Lane and chemically pale Lex Luthor. 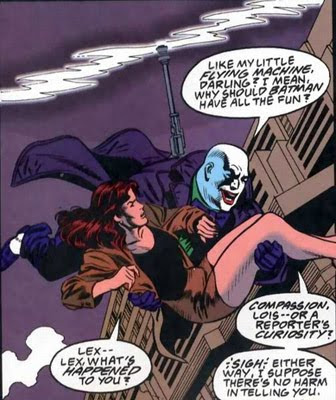 In the end, Lois teaches Bruce how to love and he becomes a gentler, kinder Superman for Gotham City: 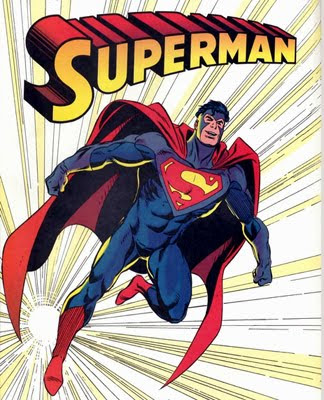 Ooh, not sure about that costume. Love Eduardo Barreto's art in this book though.
Batman Comics Reign Superman

Anonymous said…
"Stop looking at me like that, kid!"

Bill D. said…
I remember when this came out, they made a HUGE deal about this being the first Elseworlds book to star a character other than Batman.

And it's about Superman... becoming Batman. Even at the time, I just wanted to go down to their offices and say "Well, you're not really correct in that statement."
January 30, 2011 at 3:07 PM