Reign of the Supermen #74: Gregory Reed 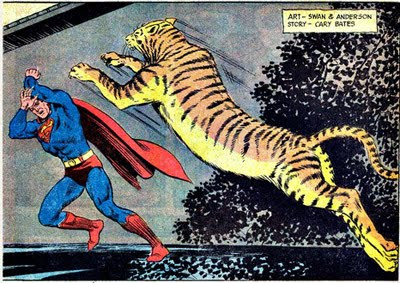 The great actor Gregory Reed's tips on how to properly incarnate Superman.
1. Wig and latex mask 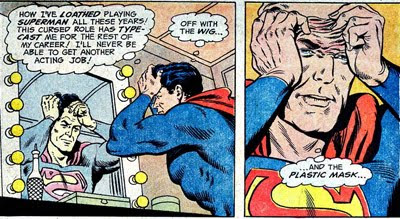 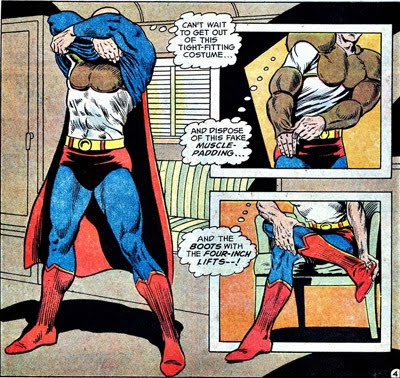 3. Switch bodies with Superman via a magic spell 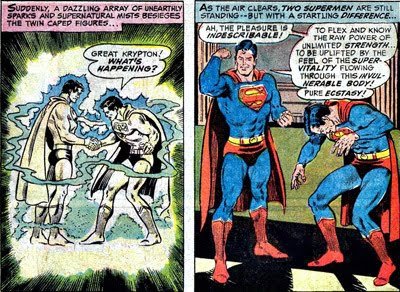 4. Now apologize for what you've done 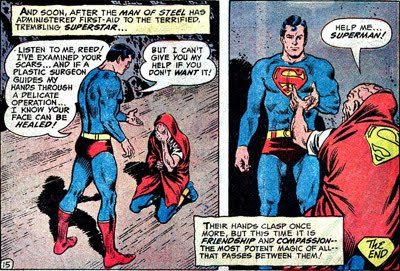 Gregory Reed played Superman in a number of movies in the DCU, but his mind was unbalanced after a fire on set disfigured him. After Superman returned everyone to their proper bodies, Reed confessed and became an ally, returning from time to time to impersonate the Man of Steel on his behalf, sometimes taking a 12-hour pill that gave him Superman's powers, but usually just to take part in secret identity schemes. The rest of the time, he makes special appearances for charity.

I think that's him on the walking tour of America...
Comics Reign Superman

rob! said…
The physics of Superman's right hand over his left elbow in the first panel confounds me.
January 2, 2011 at 8:36 AM

Siskoid said…
Then you have been taken in by Reed's amazing (deformed) performance. That's him, NOT Superman!
January 2, 2011 at 9:01 AM

I was wondering if you'll be featuring one on of my favourite alternate Supermen, this guy....