Reign of the Supermen #78: Super-Squirrel 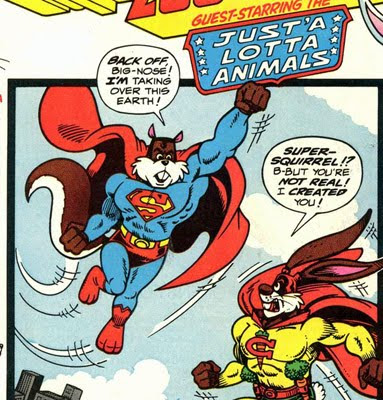 Bonus Thursday of Two Worlds!
Hailing from Earth-C-Minus, Earth-C's answer to Earth-2, Super-Squirrel is the most powerful member of Just'a Lotta Animals (JLA). With his Chiptonian powers, he defends Muttropolis from the likes of Lex Lemur and Brainy-Yak. His only weaknesses are chiptonite and a certain jealousy regarding Captain Carrot when their two worlds get caught up in the "Crisis on Earth-C". 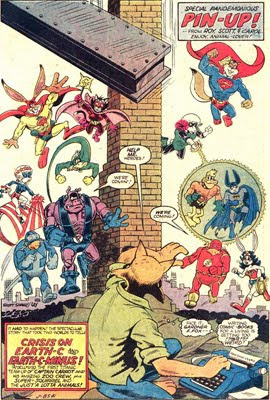 In the end, the pompous Squirrel learns that it's not a competition. In fact, it looks like funny animal superheroes HAVE to stick together. 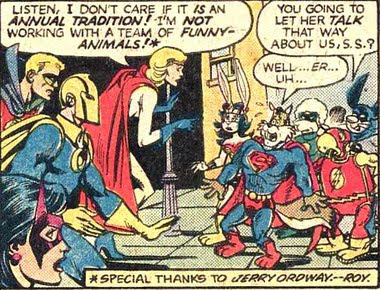 Birds of a feather, and all that...
Comics Reign Superman Thursdays of Two Worlds