Reign of the Supermen #92: Herman the Heroic 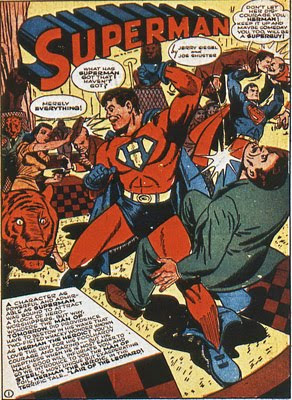 Herman "The Heroic" Hoskins was a big fan of Superman who put on a similar costume initially as a stunt to promote his circus act, but then chipped in to apprehend the criminal known as the Leopard.

Judging by the red costume, I wonder if he was at all a response to that fraud, Fawcett's copyright-infringing Captain Marvel.
Comics Golden Age Reign Silver Age Superman