The tradition continues on from previous Siskoid Awards, and of course, from the Oscars themselves! The Technical Achievement Ceremony is a thinly veiled excuse to have a pretty girl host an awards show for the stuff I didn't fit in yesterday. At the Oscars, these would be for stuff like non-toxic film emulsions or something. At the SBG, the field's a bit wider.

For the last three years, our pretty hostesses have all heralded from the UK, but we change it up with an Australian this year. You guessed it, it's Chuck's Yvonne Strahovski. Take it away, Yvonne! 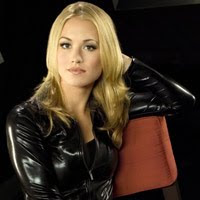 Character find of 2010 - The 11th Doctor. I had faith in Matt Smith, but at no time did I envisage just what he would do with the role. Kid's brilliant. (You know you're getting old when you refer to an actor playing the Doctor as a "kid"... then again, they ARE getting younger of late.)

Best geeky charity event of 2010 - Gamers for Haiti. DriveThruRPG, the RPG pdf publishers and gamers like you and me got a chance to help a disaster-struck country AND broaden the visibility of less popular role-playing games. It's now become a disaster relief tradition. 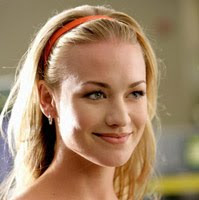 Best chase scene of 2010 -Sherlock heading off a taxi by seeing all the streets in his head in A Study in Pink. One of the more awesome things about the incredibly awesome new Sherlock series.

Worst thing about the movies in 2010 - The rise of 3D. James Cameron, I will hate you forever. 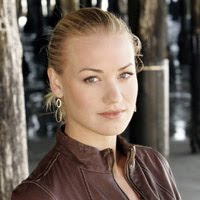 2010 mini-series I would have most liked to see continue - Taskmaster (Van Lente & Palo). It was just so much fun!

Most awaited comic of 2010 - Who's Who. We were promised a new Who's Who for May 2010. Where the hell is it? What happened? Bumped for a year? Altogether? And I was so excited too. 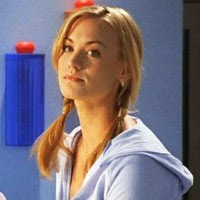 And that wraps up this magical, pre-taped, night! Once again, my thanks to Yvonne Strahovski for gracing us with her presence, and we'll see you next year for more Siskoid Awards!*