Reign of the Supermen #321: Superman Beyond 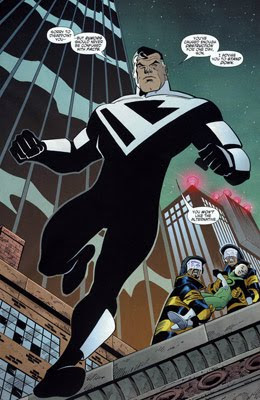 In the future of DC's animated universe, while Bruce Wayne has been grooming another generation of Batman, Superman remains active and a member of Justice League Unlimited. In Batman Beyond's two-parter "The Call", he is revealed as a traitor controlled by a Starro parasite, from which he is freed by story's end. 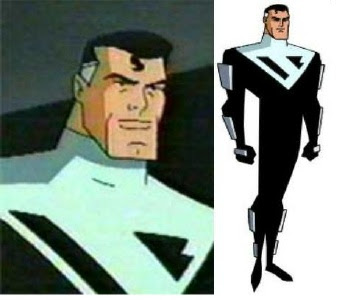 Superman would make an appearance here and there in the tie-in comic, but it wouldn't be until Superman/Batman that he and the rest of the Beyond future would be assimilated into the DC multiverse (as Earth-12). Though the Terry McGinnis Batman appeared as early as 2005's #23, Superman himself wouldn't show until 5 years later in Annual #4 (not as far in the future as usual for writer Paul Levitz). There we see him still dealing with the fact he had been under alien control for years, during which time, he missed the death of Lois and allowed a wizened Lex Luthor to get his claws into Metropolis. By the end of the issue, he's decided to leave Earth and see what's out there, giving Terry the responsibility to parole - as warranted - the Phantom Zone villains (but never Lex Luthor, now among their number).

Over the next year, Superman built up his reputation in the galaxy, as a defender of the helpless, a righter of wrongs, and a crasher of vehicles. 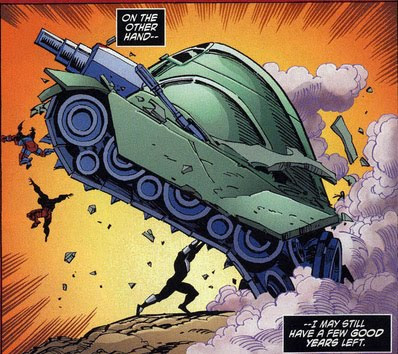 It's in the recent Superman Beyond #0, an old-school one-shot by Tom DeFalco, Ron Frenz and Sal Buscema, that Superman returns to Earth to tend the graves of his loved ones. The opportunity for a fight brings him out of retirement and makes him realize he could still do a lot of good with the Justice League. Aww.