A lot of inkternet has been spilled about the virtues (or lack thereof) of the new Superman costume. Action Comics #1 avoided some of the controversy by showing the Man of Steel in a sensible boots, pants and shirt pre-costume. But it didn't avoid the fashion imbroglio entirely, showing young Clark Kent in a sweater that could double as a muumuu.

So I thought it'd be nice to trot out Daniel Krall's design for a young Clark Kent. Quite a bit younger, sure, but he sure doesn't look like he'll grow up to wear that ratty orange sweater, or indeed, absurd fascist Kryptonian armor. The design was created for Dean Trippe's pitch to DC for Lois Lane, Girl Reporter, a series of illustrated young adult novels. It's Nancy Drew meets Spider-Man Loves Mary Jane. I invite you to read the whole pitch at the link above (and feel sad it never worked out). Here's a sample, the one that interests us most at Reign:

"CLARK KENT is a farmboy and science-fiction fan growing up in Smallville, Kansas. Clark is kinda skinny and has black hair and the brightest blue eyes. He often wears blue ringer tees, blue jeans, and red tennis shoes. Clark doesn’t yet know of his alien heritage, but he is already developing quite a few of his super-abilities. Age: 12."

13-year-old Bruce Wayne also plays a role, and if Jemma Salume’s sketch is to be believed, so might've Krypto! 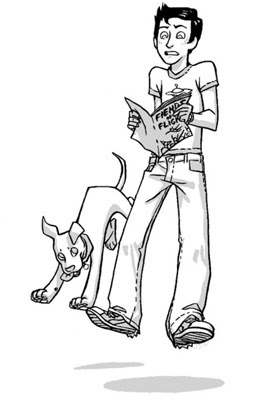 I haven't been a "young adult" in decades now, but I would have read the heck out of this. Maybe some day, Mr. Trippe!
Comics Reign Superman

Anonymous said…
My "Flashpoint" #5 is out in the car so I can't check, but didn't the mysterious cloak lady say something about three worlds of heroes? If the post-Flashpoint DC universe is basically Earth-1, then the other two worlds could be Earth-2 and Earth-S. That would explain where the JSA and the Marvels are.

I have to say, it took me 20 years to get used to a post-CoIE combined earth, but maybe an afternoon to get used to a separate Earth-1 again. Maybe that really is the way things should be.
September 11, 2011 at 5:13 AM

Anonymous said…
... Though the more I think about it, the more I like the notion of Fawcett City in Canada. What do US Americans think of when we think of Canada? "They're pretty much like us, only kinder." If that's not the Marvels, I don't know what is.

For that matter, put the JSA in Canada. A recent "Due South" viewing reminded me that Jay Garrick's outfit is only a few tweaks away from a Mountie's serge, and an international border could be enough reason for the JLA and JSA to interact only rarely. And the name "Justice Society of AMERICA"? Besides the obvious fact that Canada is part of North America, the JSA might have felt that "Justice Society of Canada" sounded too nationalistic, when they're willing to help anyone.
September 11, 2011 at 5:37 AM

Siskoid said…
I'm sure Earths-2 and S are part of the new scheme. Doesn't quite explain why Static can go "Shazam!" unless we get psychic comics from over there.
September 11, 2011 at 8:10 AM

Cal's Canadian Cave of Coolness said…
I did a post about his Lois Lane Girl Reporter pitch and Trimpe himself thanks me in my comments. I was pretty jazzed about that. It's a great concept. I would love to see that as an animated cartoon.
September 13, 2011 at 10:05 PM