Reign of the Supermen #336: Ned the Superman Robot 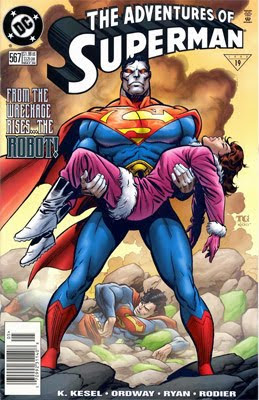 The most famous Superman robot of the post-Crisis era (perhaps any era) is Ned, the robot from the Dominus storyline Superman decided to keep as staff at the Fortress of Solitude. Cuz, y'know, Kelex really needed help with the dusting. Some wiki pages surmise that the robot baptized "Ned" in Man of Steel #95 was the same Superman robot who was programmed to protect Lois Lane and went cuckoo just after the Dominus thing. And indeed, in all 1999 appearances, they look the same. 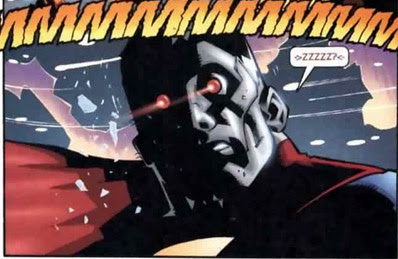 Give or take a notch of creepy. After that, however, Ned makes a habit of changing his look from appearance to appearance. In Superman #170 (2001), he's taking care of Krypto wearing a spare pair of Superman's underpants. 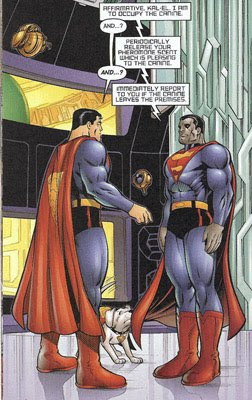 That same year, he gets a new (and temporary) alien-crab-terminator face. 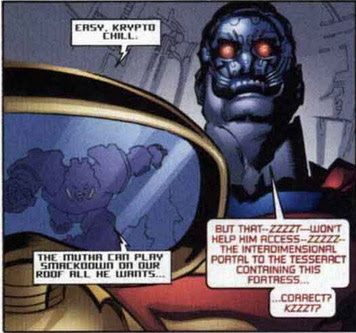 6 months later, he gets his arms ripped off by Ultraman and he's looking less and less human. 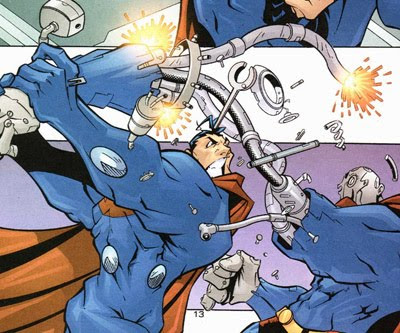 Then, major about-face, when in 2006, he appears looking like one of the Silver Age perfect duplicates.

Then again, that's an Ed Benes comic. Might be shoddy research. Or, could be Superman kept a lot of "Neds" around. It's a mystery.
Comics Reign Superman