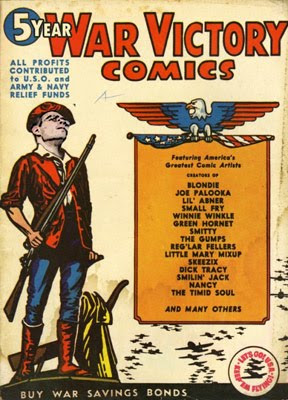 Remember, remember, the 9th of December. Yep, it's the SBG's 5-year anniversary! Who knew time could fly by so quickly even when you're writing a minimum of 2 posts a day! The exact count is 3824 posts in 1826 days, an average of 2.09 posts a day, on this blog alone. Well, they don't say I'm crazy for nothing. So my thanks to everyone who's ever read and/or commented over the last 5 years. It wouldn't be half as much fun without you.

Year 5 Highlights
-The daily exercise of the year was Reign of the Supermen, which replaced daily Star Trek reviews and which has now been turned into a weekly feature (after 400 issues, which isn't a bad run!), leaving the daily slot clear for daily Doctor Who reviews. That's another two-year commitment, easily! So you'll have me to kick around for a good while yet.
-Shuffling Reign to Saturdays has eliminated the long-running Cat of the Geek weekly feature (after 137 issues), but we'll some kitties pouncing around from time to time. Other shuffling during the year includes the end of regular What If? features (I just knew the terrible 90s stuff wouldn't keep me going forever), and the switch from Movie Marquee Fridays (because my screen capture capacity has been compromised by a computer problem) to Kung Fu Fridays (I've been hosting Asian cinema movie nights for more than 2 years, but never really tried to bring the coolest bits to you, the wider public).
-The Suicide Squad's Retirement Files was a frequent feature which may be resurrected in the coming year, though I have less interest in post-Ostrander versions of Task Force X (and none at all in the rebooted Squad - yuck).
-Other, less frequent, new features have included Canadian perspective pieces on Alpha Flight (I stopped when it became clear the current creative team GETS it), pithy Learning to Fly lessons, and Paper Dolls for Boys.
-Of course, a lot of the last year has dealt with Flushpoint and the New 52. Couldn't avoid the buzz. For a while there, it was the gift that kept on giving (but also like getting underwear for Christmas, if you know what I mean).
-Year 5 was the year I started the most side-projects too. Your Daily Splash Page is a parallel blog that's just meant to be visual fluff. I tried my hand and crafting a 'zine version of the SBG, the first issue of which is available on Googledocs. And I got on Google+ to share what we do here through another platform.
-And how has the SBG fared, hit-wise? Well, Google analytic puts me in the low 500s on the average every day, up from last year's low 400s. "Who Is River Song?" was still relevant this year and kept drawing people in, but somehow, it's Ceiling Cat's appearance in Cat of the Geek that brings in the hordes every day. Ceiling Cat. Really, people? That's still relevant to your interests!?

So, what's next?
-Obviously, I'll be busy over the next year (or two) with the Doctor Who reviews, but focusing daily on a television program means more variety when it comes to comic book-related articles. During Reign, it wasn't so easy to justify ignoring non-comics media.
-The Old52, an alternative to the New52, is in its infancy. I still plan to read one comic book run I haven't read (or read in a while) each month. December will be the project's third, and I think I'll go for something longer, what with Christmas vacation and all.
-Siskoid's Blog of Geekery on radio? Side-projects I may get myself into in 2012 include a podcast with blog brother Michael May (we've talked about it, though I have no idea what it will be like) and a French-language radio show tentatively called Geek-Out where I plan to do a lot of what I do on the blog, only with plenty of geekery-related music to support the features about comics, movies, niche tv and role-playing (in fact, I'd like to do a special where we're role-playing the whole time, or at least, every time we come back from a song). I'll let you know how both these projects are working out.

So again, thanks for stopping by as much as you have, and here's hoping I'll see you again in Year 6!
Holidays Websites

Señor Editor said…
Happy Anniversary! Hoping for many more quality years to come!:) I'll be celebrating this extra hard because coincidentally it's also my birthday today - I'll drink for both of us;)
December 9, 2011 at 7:59 AM

Siskoid said…
Have a good one for both of us Senor! I'd have one too, but I have to read subtitles off a Chinese movie tonight. The two activities aren't conducive to one another.
December 9, 2011 at 8:04 AM

googum said…
Two posts a day? Great Scott! Five years alone would've been impressive enough! Keep it up, and congrats!
December 9, 2011 at 9:56 AM

Matthew Turnage said…
Happy anniversary! Yesterday was my wedding anniversary, which I remembered although I forgot about yours. As long as I don't reverse the two, I think I'll be okay.
December 9, 2011 at 11:42 AM

Siskoid said…
That's what I was gonna say! My blogaversary shouldn't be on anyone's calendar but mine!
December 9, 2011 at 11:55 AM

ShadowWing Tronix said…
As one of the blogs that got me to become a blogger, congratulations on your anniversary. Looking forward to the podcast.
December 9, 2011 at 12:50 PM

De said…
I continue to be impressed with your discipline and your entertaining writing style. Yours is one of a very few sites I check daily.
December 9, 2011 at 1:57 PM

Martin Gray said…
Congratulations on five great years. One of my favourite bloggers, you shame/inspire me with your prolific, varied posts. How the heck do you do it?
December 15, 2011 at 4:21 PM

Siskoid said…
The secret is being a conglomerate of bloggers writing under the same pseudonym.
December 15, 2011 at 5:40 PM