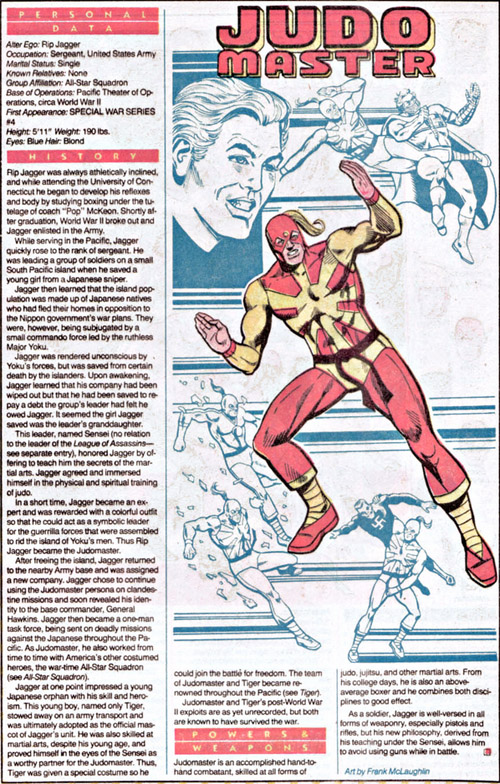 The facts: The Charlton character that never even got to be corrupted into a Watchman, Judomaster was created by Joe Gill and Frank McLaughlin in Special War Series #4 (1965) and then spun off into his own series for 10 issues between '66 and '67 (#89-98, retitling Gunmaster, itself retitled from Six-Gun Heroes). Though part of the Charlton bundle purchased by DC, and nominally a member of the All-star Squadron, "Rip" Jagger made almost no appearances. A new Judomaster fought Peter Cannon in Justice League Quarterly once, and of course, there was a female Judomaster in Birds of Prey. Somehow, it's Judomaster's sidekick Tiger who had the bigger career at DC, playing villain to other former Charlton stars in the L.A.W. mini-series (where Judomaster's extended stay in Namda-Parbat was at least explored). Tiger had a longer career at Charlton too, acting as Nightshade's martial arts instructor in his adult years).
How you could have heard of him: He was the father of Checkmate's Tommy Jagger, and enjoyed a handful of flashbacks in the past few years (Detective Comics #723, Blue Beetle #8, All-New Atom #14) and a small role in Infinite Crisis that ended with his being killed by Bane.
Example story: Judomaster #92 (1966) 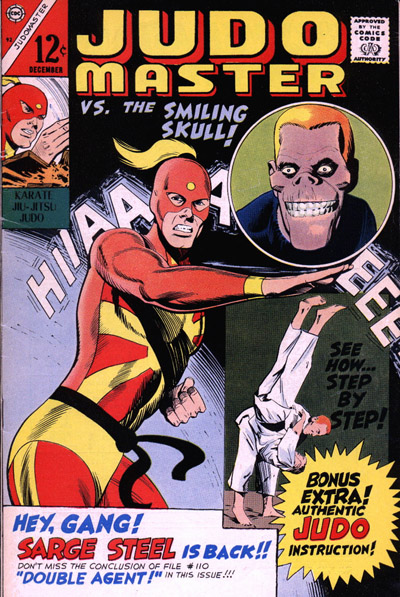 Judomaster was never that obscure to me, probably because I had a bunch of Charlton comics early on, reprinted with the Modern Comics label in the 1970s. But historically, yeah, he deserves to be here, though frankly, I was a little more interested in the villains shown in the surprint. Who were those guys? Well, though Judomaster retroactively looks like an Iron Fist rip-off, his rogues gallery actually shows he's a Captain America rip-off! The Smiling Skull?! To be fair, he was a Sarge Steel villain first. Still.

But let's not get ahead of ourselves. The issue starts with Rip returning to base from the previous issue's events, with a young Japanese orphan who's stowed away on his plane. Though he's earned the nickname Tiger (that's what the narrator calls the readers too) and knows Rip is secretly Judomaster, the hero won't let him tag along on his adventures. Off to the orphanage for you! But Tiger runs off and tries to help Rip as he pursues Nazi agents, and is taken hostage by the bad guys. 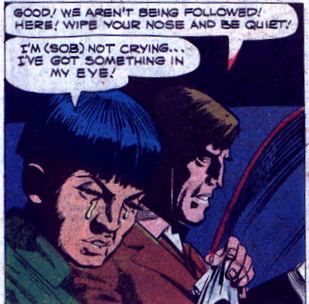 Returning to HQ, Rip is told his boy Tiger is no doubt the captive of the Smiling Skull, a Nazi master spy the military is about to bomb out of his secret island home. Rip asks for six hours to try and rescue Tiger before the bombs start falling. He doesn't tell his superiors he'll be going as Judomaster, however. 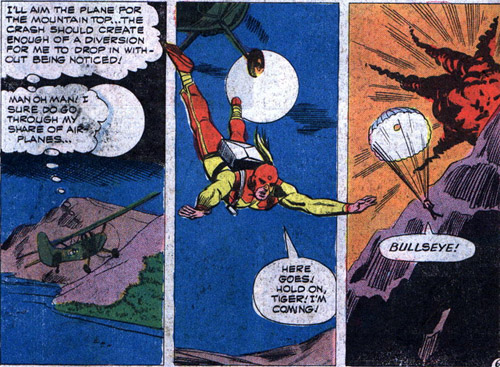 Your tax dollars at work, war time America! Judomaster lands right in the middle of the Smiling Skull and his goons. He wants Tiger, and the Skull is willing to relinquish him IF Judomaster can win a judo bout against him. He's the champion of the Fatherland and would love to match his throws against America's.

Comments about his looks are clearly below the belt. But there's a catch. The Skull has weak eyesight, so to even out the playing field, he turns on these blinding spotlights all around the fighting mat. Time after time, Judomaster gets thrown, unable to see his opponent. Then he throws the Skull, and the Skull thrown him so more, until finally... 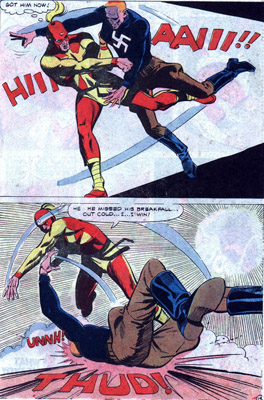 I'll give the creative team credit for really making the comic about judo. There's a lot of throwing. But even though Rip won the fight, the Skull's men don't plan on honoring the agreement and bear their weapons down on him. Just then, the air force bombs the island, routs/kills the Nazis, and an escaped Tiger runs into Judomaster, but... 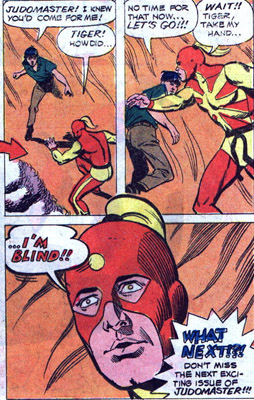 TO BE CONTINUED, but just a hunch, I think he probably got better in the next issue. Now if you didn't get ENOUGH judo for your tastes, Judomaster gives you lessons! 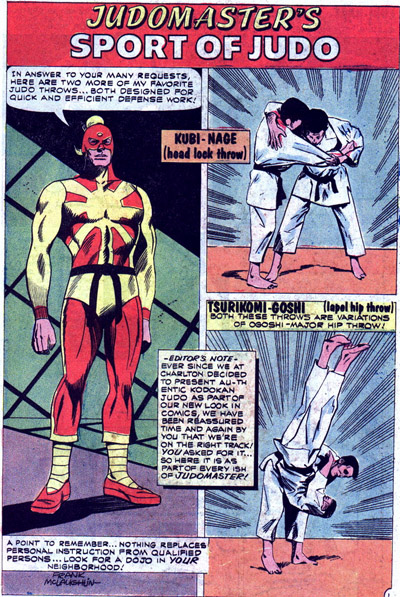 There are three whole pages of this, though the comic notes that "nothing replaces instruction from qualified persons". Yeah, I bet you could get really hurt trying to emulate those comic book panels. And if you're still not satisfied after all that, the Sarge Steel back-up has judo too! 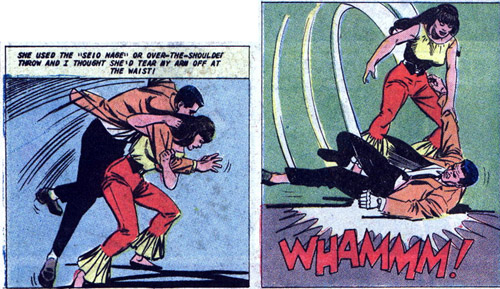 Who else? Jonny Double was saved from obscurity by his Vertigo mini-series, so where I go next depends on whether I want to infuriate Who's Who fans by mounting a defense of J. Wilbur Wolfingham or not.
Comics Who's This?

Siskoid said…
Went back and forth on a number of Rolling Stones references, then though they were all too obvious.
August 21, 2013 at 3:40 PM

Unknown said…
Ha, that's great, I actually have some of the Silver Age Judomaster comics, this being one of them.

It's really not bad stuff, though even saying that I don't think there's much of a place for the character today. I mean, look what happened the last several times DC tried to revive the concept.
August 22, 2013 at 1:15 PM

Siskoid said…
I have never read a comic with the female Judomaster in it. Not on purpose, or anything.

But if somebody let me write comics, I could be counted upon to write a decent Judomaster WWII comic, I think. I have it in me to do something with martial arts, I'm sure.
August 22, 2013 at 1:26 PM