Doctor Who #775: Whatever Happened to Sarah Jane? Part 2 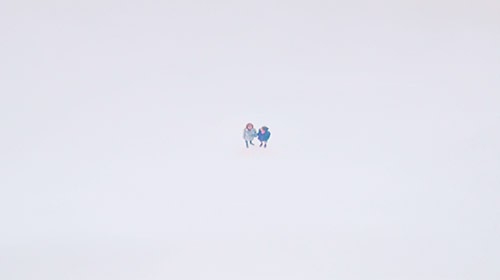 IN THIS ONE... With a meteor about to hit Earth, Andrea finally makes the right decision and gives her life for Sarah Jane's.

REVIEW: I'm amazed at how well Roberts juggles the idea that Andrea is both a figure of pathos and unlikeable. Her death in the original timeline was senseless, but also her own truancy's fault. What she can't bear isn't that she wiped at least two people from existence, but that she has to remember doing so, and she's quick to relegate Alan to the same fate. Even when she realizes Earth will be destroyed if Sarah isn't there to save it, her solution isn't to negate her deal with the Trickster, but to beg for him to remove the meteor from reality. It's only at the very end, when she really has no choice and would die either way that she banishes the Trickster, and only after being catty with Sarah Jane's ghost and growling about her aborted life. Compare to Sarah Jane who's actually more worried about Luke's life than her own. But though we can condemn Andrea's weakness, we can't begrudge her those feelings. She fights tooth and nail to stay alive, which gives her ultimate sacrifice more meaning. It's actually touching. Her small consolation is that her death was a defining moment in Sarah's life, at the root of her belief in the value of life. And maybe, just maybe, that the 13-year-old who died that day got to keep the 56-year-old's memories.

In the Trickster's confrontation with Sarah, we discover that he is an agent and devourer of chaos, so the destruction of Earth from natural phenomena is more useful to him than any kind of alien invasion (those are planned and organized, after all). So if you're wondering why everyone's not a Bubble Shock zombie or something, it's because he made sure those events didn't happen either. That's a lot of planning on HIS part, and following esoteric rules, but perhaps that's his cross to bear - an organized mind hungry for chaos' relief. Having examined Sarah's life, he becomes interested in removing the Doctor from existence, and he'll get a chance or two. What still doesn't work very well is the Graske as his minion, a clownish foe that's easily captured by Alan and who mugs at the camera for the sake of the kiddies. He's not the only problem, of course. The physics of the meteor are pretty poor, and the way the timelines are undone feels like a shortcut, but they do work as symbols. We understand what's going on even if it's not realistic. But the Graske remains a non sequitur.

One thing I really enjoy about Roberts' writing is that he understands Sarah Jane Smith is a big part of Doctor Who history, and so evokes that history with references that are clear enough for old-time fans to get, yet subtle enough they go by unnoticed and unquestioned by the uninitiated. So we have Limbo looking a lot like the space in between universes as seen in The Mind Robber and Warriors' Gate (appropriately, it's the opposite of Torchwood's dark Void). My favorite, however, is young Andrea making a crack about Sarah being afraid of Triffids, which prefigured The Seeds of Doom nicely. And naughty Gareth Roberts also slips in an inside joke about Andrea liking the Beatles - she's played by Jane Asher who was once Paul McCartney's girlfriend. That's the kind of naughtiness I prefer over Russell T Davies'.

REWATCHABILITY: High - Despite some expedient plotting at the very end, the story ends with emotional complexity and heart.
Sarah Jane Adventures

Craig Oxbrow said…
I suppose the Graske functions as the funny little imp to the Trickster's grand Devil, and as (very) light relief for the younger viewers.

And I can't really begrudge a monster who is defeated by a skateboarding dad.
January 5, 2014 at 9:53 AM