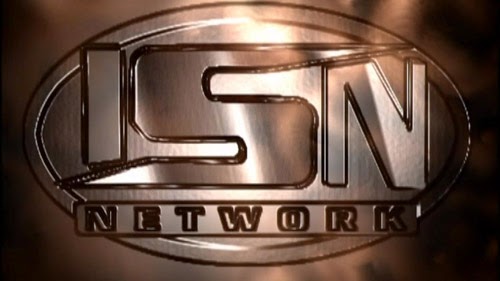 IN THIS ONE... An ISN report comes aboard to do a propaganda piece.

REVIEW: I might be more enthusiastic about a sequel to And Now for a Word with the added twist that ISN is now a propaganda machine, if the original ISN report hadn't been biased. There's not enough contrast here to make the exercise worthwhile, and the episode is strapped with some very messy writing and direction besides. Let's start with the latter. Unlike the original "news report" episode, The Illusion of Truth weaves in and out of "news footage", with at least some scenes occurring objectively. Except director Stephen Furst gives two of those objective scenes documentary-style camera movement (including one BEFORE the cameras show up). It's very confusing. Are we supposed to think these were filmed as well? Is someone spying on the station, as per the last scene where the POV is the TV screen's? If Furst (or JMS his overlord) is trying to be clever and questioning the objectivity of the entire series (since the writer chooses what is seen, image and sound are skewed to make the audience think and feel specific things, etc.), he should know you can't sacrifice clarity for the sake of meta-text. It just doesn't work. Oddly, those objective scenes filmed as documentary make the writing feel even more staged than normal. I kept waiting for a final twist that revealed these scenes indeed WERE staged for someone's benefit, but it never happened. Furst also has the cameras take stills, which doesn't really make sense. I do like the joke about commercials just before actually going to commercial, even if it tends to get lost on DVD.

On the writing side of things, that Sheridan and Delenn's comments would be taken out of context and used against Babylon 5 is SO obvious as to make them look like idiots. Their answers about their relationship don't make sense and are crafted to sound like their making threats. Their eventual use in the report is loudly telegraphed and hardly a surprise. Again, I waited for the twist that would explain the attitude, but never got it. The strategy to give short declarative answers that couldn't be taken out of context fails completely, and if they were actively trying to avoid this, it makes them even stupider for choosing the answers they did. Garibaldi throwing Sheridan under the bus could be PsiCorps programming, I suppose, but doesn't really ring true either, especially in the way Garibaldi responds to flattery (unrelated is a neat scene where he shows his detective skills with a prospective client now that he's in the retrieval business, but it does make me wonder why he was never this competent as head of security). I do respect the commitment to the fake news show in the second half of the episode, showing ISN's bias in a pseudo-authentic format (the call to report on dissidents and the hypertext captions work quite well, for example). Ultimately, it does seem back-loaded with things we've seen before, and the footage manipulation is rarely clever.

The question of whether the journalist made good on his promise to Sheridan to get a least a small truth out is answered at the end when he reports not only casts Sheridan in a sympathetic light (a victim of alien influence; and it isn't complete fabrication, just Earthgov's xenophobic bias that's wrong), but also gives Sheridan information on his father, information denied him until now because of the embargo. Small comfort given how slick and brazen the journalist apparently is in his smear campaign. It's very hard to forgive him. Throw in some tedious psychobabble from a biased expert and hardly anything of import happening in the objective scenes (or even much new information) and you've got a bit of a snoozer here.

REWATCHABILITY: Low - I'm not going to argue there aren't a couple of good scenes in there, but because we revisit an old trick, it doesn't feel innovative, and there are some very messy decisions made along the way.
Babylon 5

Anonymous said…
Agreed, weak, especially Sheridan saying things like "we will lay waste to the earth and bathe the planet in blood. By which I mean Delenn and I are in a happy and stable relationship together."

Ryan Lohner said…
And Now for a Word showed a quite subtle case of how propaganda can leak into supposedly objective news pieces, and now we get the flipside, which is in JMS' own words "as subtle as a jackhammer." The station is now a state-sponsored propaganda machine, free to twist facts or just make them up with the full encouragement of the people who should be putting a stop to this kind of thing. It's also largely inspired by a visit in JMS' teenage years of a cousin who still lived in the Soviet Union, and no amount of demonstrating how great life in America was could dissuade her from what the Soviet news had told her about it.

Of course, the question of how useful this sort of episode is at this point will vary tremendously, and I absolutely understand anyone who doesn't like it. Personally, I do think it's worthwhile, because this kind of thing does go on, and indeed both news episodes have been used in college journalism courses to teach students how to spot the signs of it both obvious and subtle. Though I definitely agree that Stephen Furst's direction leaves much to be desired, and this was a very odd script to give the largely comedic actor when he asked for the chance.

There is one nice subtle bit mixed in here, with the note about the Mars curfew being extended, an attempt to get people thinking it's not so bad anymore, rather than thinking there shouldn't be a curfew in the first place.

I think this one flatly isn't very good. Delenn and Sheridan make some absolutely stupid remarks to what they know is a hostile audience (although it's quite in character for Delenn), but what's really disappointing is how crude the fascist propaganda actually is - the interviewer is quite visibly in a different room and even, I think, in a different picture treatment when he asks the interpolated questions. Considering what we can do nowadays with digital editing and CGI it looks laughably poor.
September 20, 2014 at 8:09 PM

LiamKav said…
I think the Starfury Sheridan is playing with at the beginning has Sinclair's decals on it. I always wanted a Starfury model (I had several Trek ones, and usually got impatient before finishing them).

"The more that I think about it, the more I'm glad we picked [Zack] to take over security when Garibaldi left. We haven't had a major incident yet..."

I'll leave you to make your own conclusions as to how good Garibaldi was at his job...

It's kinda hard to talk about Garibaldi's situation without going into spoilers. But just based on what we know so far, the flashback scene where he's told "you work for no-one but us" possibly explains why he resigned as chief of security. If he can only work for the PsiCorp, then he can't also work Sheridan. The only way he could follow that programming is by resigning.

Lennier mentioning the work programs that Sheridan has implemented are the first instance in 4 years of ANYONE running the station trying to help the Lurkers. They've alternated between ignoring them or sneering at them, with only Franklin ever showing any compassion.

"If they don't understand, we will make them understand" Jesus Christ, Delenn, are you going to kill everyone who buys you a rubbish wedding present? Will you not be happy until the entire universe acknowledges you and John making cutesy eyes at each other? (She seems to be in a foul mood throughout the whole interview, but considering what happened to her during "And Now for a Word", her mood is perhaps understandable.)

"There's no force in this galaxy that can stop what we've done here together. Nothing will be able to stop us". Seriously, if I'd put that on my wedding invitations I don't think anyone would have come.

And surely speaking in short, declarative sentences would make it easier to be quotes out of context? "I hate that" is much easier to misquote that "I hate the Marshall Law declaration imposed by President Clark".

I'm curious if the 2161 date for the creation of the PsiCorp is just because it's an even number of years ago, or if it's a Star Trek dig/reference of some kind. Likewise, Helsinki syndrome is either a Die Hard reference, or JMS isn't aware that Sweden and Finland are two different countries.

Finally, on his father... I don't think that the journalist was trying to sneak Sheridan information. I think it was a threat. "We've burned down your parents home. You dad is missing. We may have him, and you have no way of finding out."
September 22, 2014 at 5:33 PM

Siskoid said…
Seems there's no end to the DVDs' sins.

LiamKav said…
Garibaldi's lines are written to make everything sound much worse than it is. "Alien space" rather than just "Z'Ha'Dum", "This other alien, Lorien", implying that he only listens to Delenn, and not mentioning Ivanova. It's a bit clunky.
September 23, 2014 at 4:25 PM