January 05, 2015
In 1971, writer Steve Skeates was forced to end his run on Aquaman when the book was cancelled with #56. It's an abrupt ending, with Aquaman blowing up an enemy satellite responsible for a goopy muck monster, and really, no epilogue to speak of. 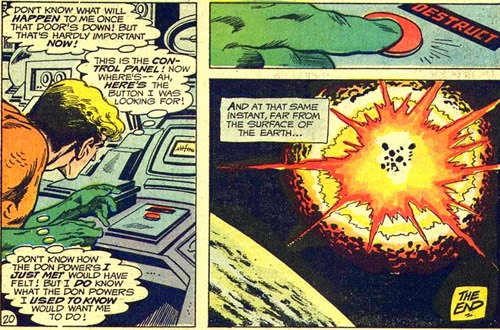 In 1974, he was again working on an undersea superhero, but for the competition, Marvel's Namor the Sub-Mariner, and again had the book cancelled from under him (with #72). He knew full well what he was doing when he included THIS scene in that final issue. 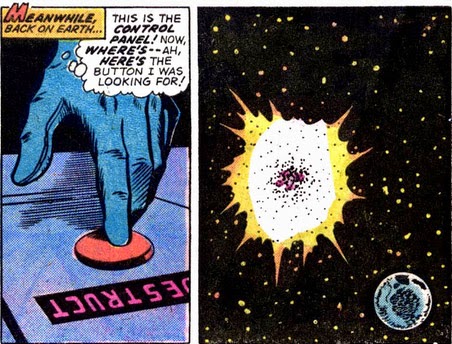 Seem familiar? It's not at the very end, of course. This time, the satellite's destruction CAUSES a goopy muck monster to come to Earth (or Sea) to battle the hero. In a further twist, Namor is blinded by the creature: 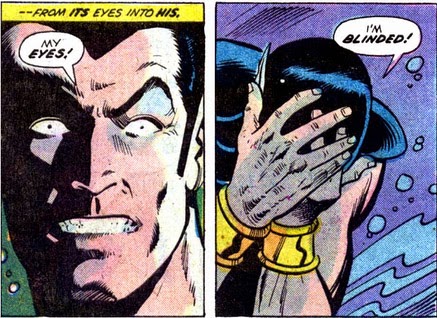 And this too seems awfully familiar. Anyone? Anyone? Bueller? 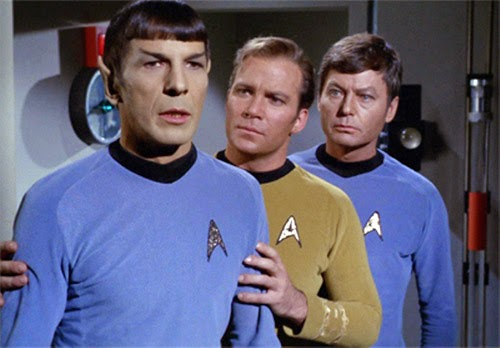 Ah yes, that's where I first saw that scene. When Mr. Spock was blinded by goopy flying pancakes in Operation: Annihilate!

American Hawkman said…
Oh, but there's a third part to this. Skeates would later do a story for another company starting with the same Aquaman panel dealing with the satellite's fallout. He did this more than once... man once sold a horror story three times before anyone noticed, and then another seven afterward.
January 5, 2015 at 5:01 PM

American Hawkman said…
The horror story was originally called "The Girl in the Red Dress" if that helps.
January 5, 2015 at 8:44 PM