February 23, 2015
Sikes and Francisco take down a Newcomer prostitution ring. Buck gives himself up to the police. 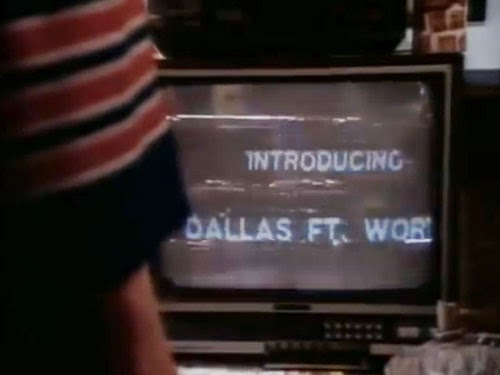 SLAGS LIKE US: Teenage girls involved in the sex trade are usually pushed to it by the desperation that comes with poverty and/or addiction, though dominating men can be a factor. In Alien Nation, the concept is given a science fiction treatment in that some Newcomers never achieved independence after slavery ended, though who have "no self". Our first flashback to the ship uses imagery that evokes concentration camps - cramped conditions and gray uniforms - equating the Newcomers to yet another oppressed minority, the Jews. Newcomers getting substantial roles in movies is a big deal - still a problem today for some minorities, at least in terms of distribution (far more roles for white men than any other demographic) and recognition (yesterday's Oscars criticized for being the whitest ever).

REVIEW: Loss (and theft) of innocence is this episode's theme, juxtaposing young pliant prostitutes with the Pocahontas fairy tale and Buck's growing guilt over the accidental shooting of a human hoodlum. It's a theme that's important to the main characters, after all. Both have children, both know the harsh realities that might be awaiting them, and in Sikes' case, fatherly guilt seems to be an important motivation. In the Pilot, he intervened on little Emily Francisco's behalf; here, he begrudgingly takes in a teenage prostitute, and is almost overly distraught when she is killed in his apartment. Though George is initially reticent to follow Sikes' maverick lead, seeing his daughter's school play, a show of innocence (especially if you know the real history of Pocahontas), he is convinced. (I don't think his "turn" is especially clear, but I can deal with ambiguity.)

The plan does involve some entrapment, putting a young girl in danger, etc., but these are TV cops, you know. TV didn't become concerned with whether or not arrests led to convictions until Law & Order and such. Another thing that seems outmoded is its attempts at being edgy. On the one hand, you have an upsetting opening sequence where a "John" prepares a teenage Newcomer for what is very much a rape. Hard not to feel queasy at this one. And yet, we also have a puritanical Sikes - who admits to having paid for sex back when he was a rabble-rouser - embarrassed at the dinner table when George's family start talking about sex, even after he's told there is no taboo about this in Newcomer culture (so they're like French Canadians, then). Feels like a holdover from a different era of television. No happy ending for Sikes' lost waif Mary Shelley gives the episode an edge more successfully, as does the idea that George's illusions about progress for his people (Newcomers in movies) has a seedy underbelly (actresses exploited as hookers). The ringleader, Charlotte Bronte (and may I say that while I enjoy literary references, this episode goes a bit overboard - how did all these disparate people all get named by the same customs agent?), turns out to be an "overseer", one of the Newcomers who got to boss other Newcomers around. Whoever the top bosses (or demons) were, they acted through these "collaborators". Old habits die hard; we'll have to watch for more Newcomers trained to exploit others.

Uncle Moodri's reason for moving in is revealed: He somehow knew Buck had shot a man, and wanted to help him. If Buck's dreams are memories (no reason to think otherwise), Moodri has been his protector since he was a child, apparently interceding on his behalf with the overseers. Saving him physically, he also now acts as his spiritual savior, and Buck will ultimately admit to his crime as a result. Moodri is an odd figure, drawn as a cartoony comedy character, but spouting Eastern philosophy (exhibiting knowledge of feng shui, fakir power, and Buddhist teachings among other things). How can he stand in sea water without getting burned? Can accepting you are part of a world be the key to adapting to its conditions? We've been told Newcomers have been bred to adapt - not sure how to put that in context with Moodri having been born on the Tenctonese homeworld - so do they have the power to consciously change their biochemistry? Can they become "human"? Is this an allegorical "melting pot"? For Buck, it's only the first step towards a new paradigm, and we'll have to wait and see how he is changed by his uncle's lesson. As in the Pilot, consequences are played out as voice-over; Buck is put on probation, his sentence suspended. The cast isn't affected, but the status quo should be.

THE MOVIE LEGACY: We saw Newcomer sex workers in the film, of course. Sikes playing chicken played a crucial part in the movie's denouement, though here, it's not clear he knows what playing chicken actually is.

REWATCHABILITY: Medium - The protagonists' motivations aren't always as crisply drawn as I'd like, nor does the story sit comfortably on the edge it'd like to have. The B-story is much better than the previous episode's, if only because it's meaningful; I only wish Moodri was as impressive a figure as the script wants him to be.
Alien Nation