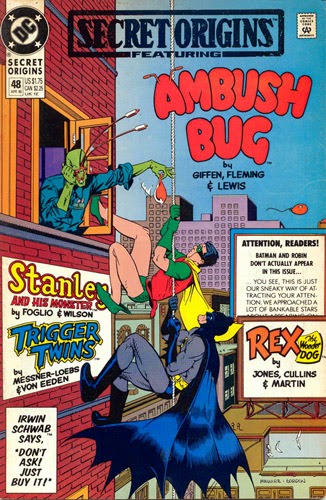 Secret Origins #48 shows how Ambush Bug will do anything to get your attention and money. Using Batman on a cover is a sure way to print the latter, but stealing a well-known image from a hit TV show to do it? Well, that might just be going too far. Still, nice way to add his name to the list of celebrity cameos who've opened that window over the years: Jerry Lewis, Green Hornet and Kato, Sammy Davis Jr., Jose Jimenez, Detective Sam Stone, Colonel Klink, Lurch, Don Ho, Santa Claus, Art Linkletter, Edward G. Robinson, Suzy Knickerbocker, Carpet King, and Dick Clark (below). 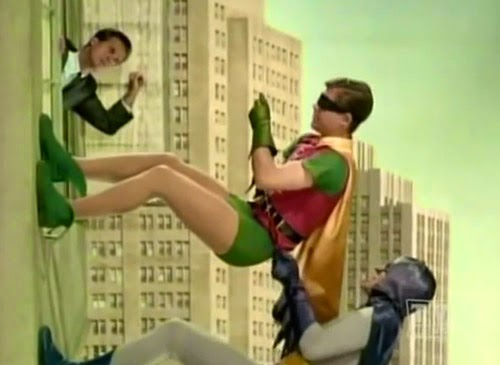 One question though. How is that water balloon going to fall on the Dynamic Duo? I thought THIS was how these scenes were filmed: 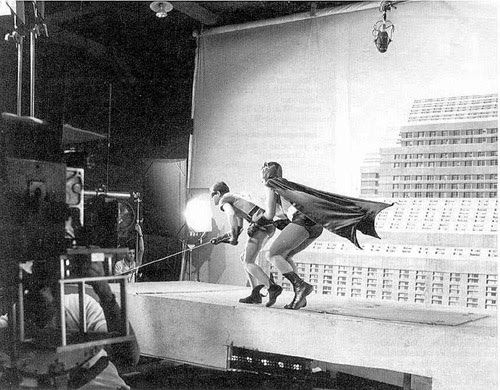 I guess there's a localized gravitic anomaly around Ambush Bug's window. Yeah, that's the ticket. While I wait for my No-Prize, enjoy this montage of every live action wall-climbing cameo from the 1960s Batman.