Garfield in the 30th Century!

August 17, 2015
Friday, we talked about how Garfield's Jon Arbuckle had somehow made it to the 30th century and become one of the heroes kidnapped by Universo way back in Legion of Super-Heroes vol.3 #32. One theory was that the glacial pace at which the comic strips advance the story kept Jon young and alive for a thousand years. But I shouldn't have been surprised to see Jon, not when (and thanks to commenter Green Luthor for the reminder) Garfield himself put in an appearance earlier in Legion of Super-Heroes vol.2 #300! 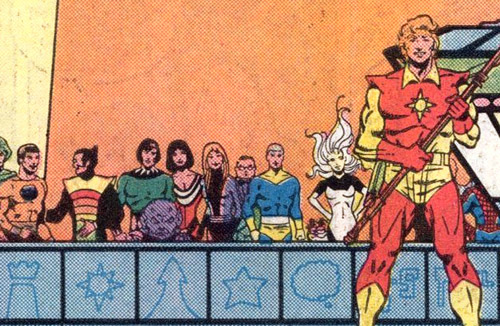 Looks like he's one of the Heroes of Lallor there! As is... Spider-Man!

And who's that guy with the bow tie in the back? One of the people responsible for this issue? Yep. After all, look left and right and you'll see a few more (in addition to Batman's shadow) either behind the Subs or the Wanderers: 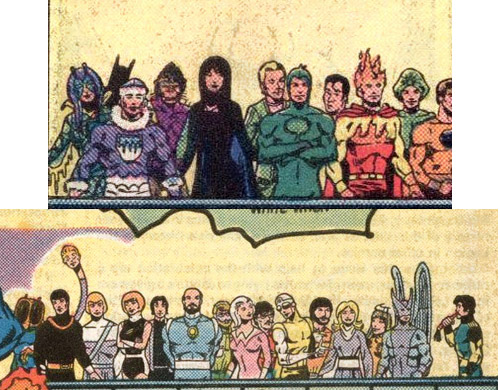