The X-Files #150: Midnight of the Century

August 17, 2015
"Legend has it that ghosts walk in church yards on Christmas Eve. Well, actually, I misspoke myself. They're not ghosts, they're fetches... souls of those destined to die in the coming year... making their way to church in search of those who will be their companions." 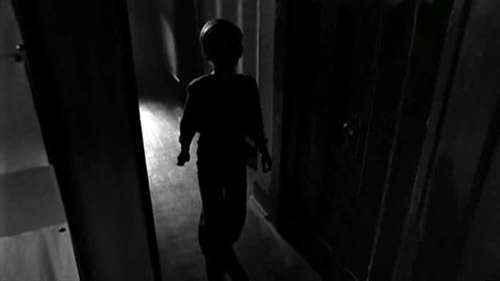 ACTUAL DOCUMENTED ACCOUNT: On Christmas Eve, Frank struggles with his family's past and future.

REVIEW: It seems all the holiday episodes are going to cause Frank traumatic flashbacks and ghostly visits, but what I'm really enthusiastic about is seeing his depressing home life since his family broke up. This was true of the Halloween episode as well, but such things are more deeply felt around Christmas time. So it's not enough that the ghosts haunting him make electronics go mad and Christmas trees fall down, he's also got to get his gift to Jordan stolen from under his nose, feel that he's been cut out of the loop when it comes to decisions about her, and the rest. These are the moments when you have to feel for Frank; it's what's replaced the Yellow House material.

And what's happening today is a mirror of Frank's past. We discover that Frank's mother also suffered from visions, but angelic ones, just as Jordan now does. (Which gives Lara Means a function in the family story, because she's got the same version of the Millennium powers - do women see portentous angels and men devils? - she's an older Jordan, and may yet become a Mrs. Black.) The late Mrs. Black's ghost may be pushing Frank to a reunion with his estranged father (Darren McGavin, as loquacious as Frank is silent, which makes perfect sense, and also makes good use of the classic "Kolchak" voice) on the eve of his own demise (within a year, anyway). Frank's limited (childish) point of view is the source of much bitterness on his part, but getting the full picture, he sees that his father struggled with the same problems Catherine now does. He wasn't a tyrant against their powers, but simply scared he was losing his family to them. A cycle playing out on the family level, in a show about cycles.

The theme of the episode is that time is running out, a phrase used several times, but also present in the story of Frank's father. If he is in his last year of life, then completing his arc (and his wife's) becomes paramount. Peter Watts also has time on his mind, imagining he could make time run faster or slower, getting to extend his girls' childhoods, for example. This is a man who knows more than the rest of us about the end of this cycle, and can only HOPE dawn will follow the "midnight of the century" and indeed, the millennium's. This is rather sad Christmas episode, all told, but one that lives in hope, and makes promises to the next generation of Blacks and Watts.