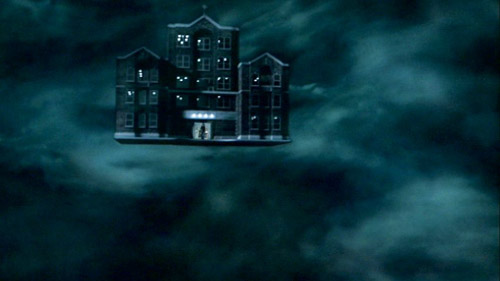 ACTUAL DOCUMENTED ACCOUNT: Reyes' soul goes to a waiting place for the near-dead after a car accident.

REVIEW: Are you kidding me? Another agent near death in the hospital? Doggett must have just gotten home! Apparently, the hospital is a standing set, and thus a good place to have a bottle episode, but it's definitely been overused this season. It's also a thoughtless episode, politically, since it basically makes the case against organ donation by allowing a person to live on beyond brain death. Psychically/magically, to be sure, but since most people believe in the soul, the argument would still stand. I'm also usually less forgiving when an X-Files happens TO the leads, which always seems more contrived to me than if they were on a case. I'd rather they be weirdness hunters than weirdness magnets. But for all that, I think it succeeds quite well, as a murder mystery, as a supernatural puzzle, and as an exploration of the characters.

The last time one the agents had to euthanize another was in 4-D, which is a remarkably similar episode on the face of it. It also featured an "alternate reality", and it also pushed Doggett and Reyes as a possible couple. This isn't the awkward "unresolved sexual tension" of Mulder and Scully; they're really making goo-goo eyes at each other. They're on the verge of dating, as far as I'm concerned. The discussion about dogs and cats, where Reyes is obviously the "low-maintenance" non-judgmental cat Dog-gett is looking for, and John is the faithful dog he turns out to be, tells us something about them, and acts as a secret sign between them, though I do dislike its re-use in flashback, apparently for all the people who habitually miss the opening minutes of the program(?).

It's important, I think, that Doggett, usually the unbeliever, takes a leap of faith regarding the scientific impossibility of Reyes' survival. With him, it's always been a question of what he WANTED to believe, closed on some issues, open on others, usually because of a personal bias. I dare say most of us are like that, rather than the polar opposites represented by Mulder and Scully. Reyes, too, must make a leap of faith, a more literal one out of the model hospital where her soul was stored, the creation of a doubtlessly psychic woman who may have acted on divine orders (there's still some mystery after the premise is explained, which is where I like my X-Files to end). I haven't talked a whole lot about the plot, but the strength of the episode is that the plot is used to build and advance the characters, and is in some ways, a backdrop.

REWATCHABILITY: Nearly Medium-High - An overused trope and some irksome elements keep this one from achieving a modicum of greatness, but just. It's still a strong showcase for the leads and the bond they share.
X-Files