January 12, 2016
Continuing with the most derided decade in comics history, these would be my choices for 1992' best comic book covers, as inspired by Ranker's Top 99, with which I couldn't generally agree. By this year, what the 90s were known for is starting to show, with many more comics on the stands as Marvel in particular was trying to win the market share game, lots of new cover gimmicks (couldn't help it, a couple actually sneaked into my list, but I think they enhance the cover rather than detract from it), and of course, the Death of Superman. But it was a good year for covers in the Superman Family of books, and several do show up here, including one that would be emulated frequently. Once again, my thanks to Mike's Amazing World of Comics (link will take you to the start publication month, not the cover dated one). 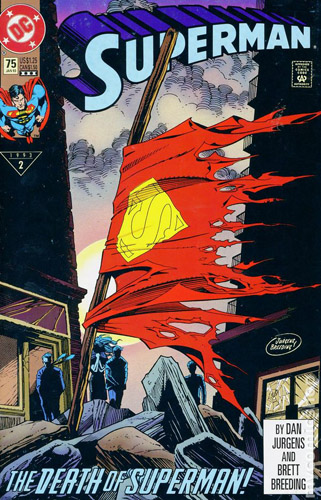 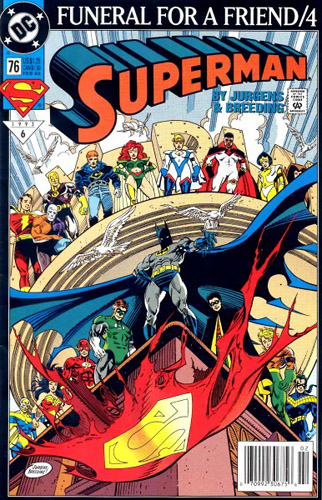 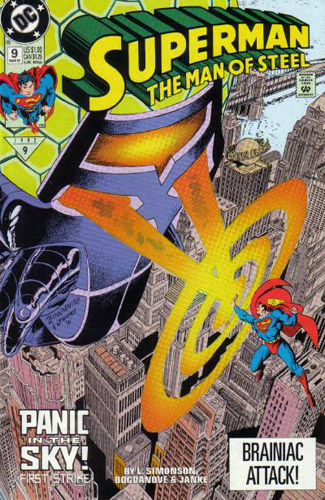 Superman: The Man of Steel #9 by Jon Bogdanove and Dennis Janke 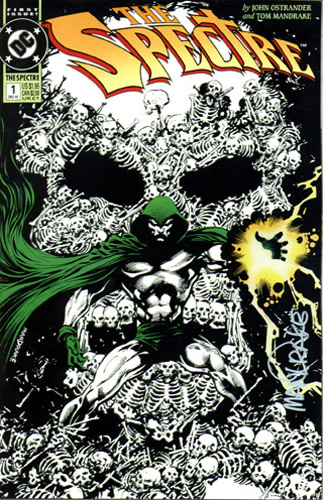 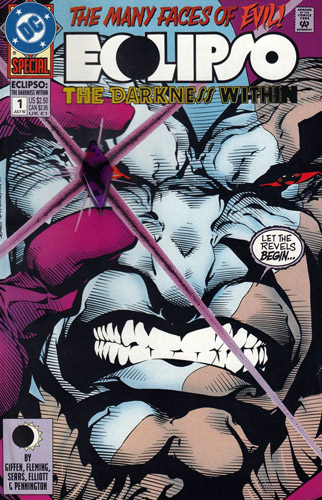 Eclipso: The Darkness Within #1 by Bart Sears (plastic diamond gimmick) 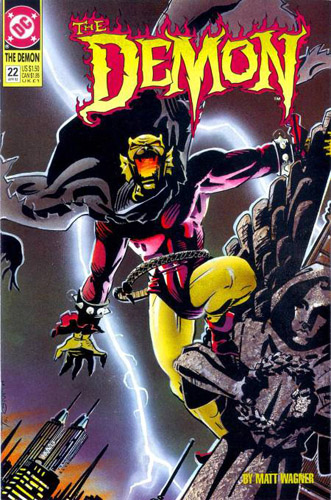 The Demon #22 by Matt Wagner 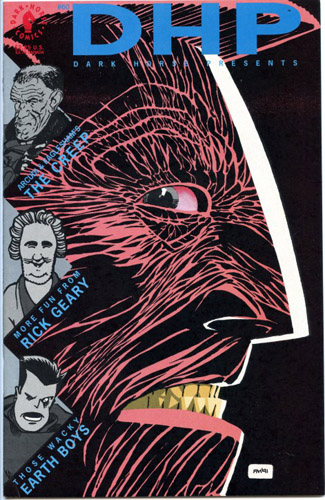 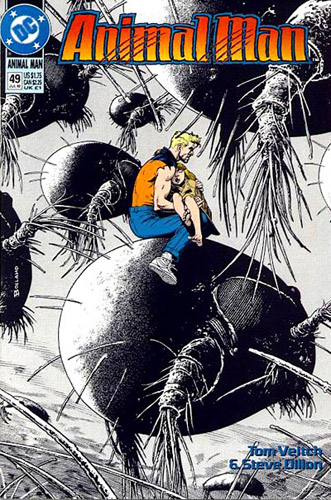 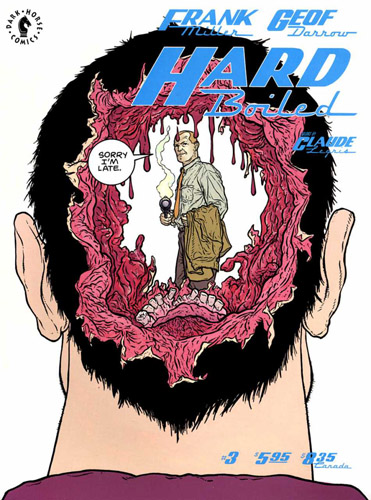 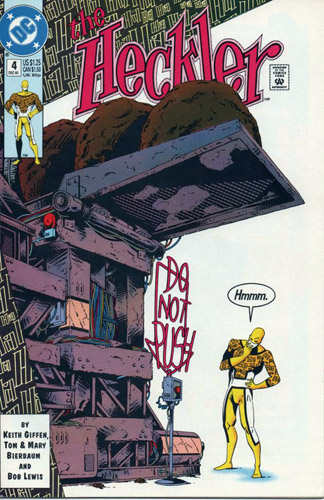 The Heckler #4 by Keith Giffen

But perhaps you have different ideas?
Comics Fun with Covers

Jeff R. said…
There are a lot of serieses with consistent runs of great covers that make it tough to pick one out of any given year. (I'm thinking Cerebus, Grendel War Child, and Sandman most specifically out of the ones that make a showing this year.)
January 12, 2016 at 5:12 PM

Siskoid said…
My eye does skip over covers when doing this research - I remember a lot of them, so a thumbnail is enough to disregard them, or it's obvious from the garish colors, composition and blurbage that it's no contender - but you just named three series I always take a closer look at it, and that often made the short list.
January 13, 2016 at 12:15 AM