The Revenant: An American Afterlife 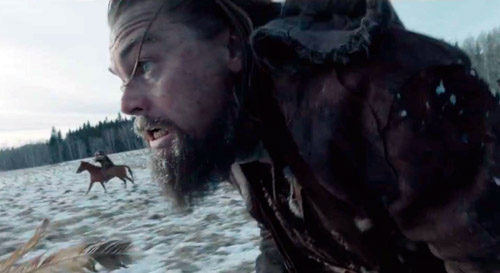 As mentioned yesterday, though I saw Alejandro Iñárritu's The Revenant only a week ago, I've since gone to the film's defense so often, it feels like a lot longer. So instead of repeating my interpretation - not even going into the film's technical mastery, etc. - I'm going to try to set it down here where I can redirect the curious. Perhaps I've already done so (welcome!). Fair warning: I've only seen the film once, and I'm not going to be reading anyone else's critique in preparation, so I'm totally game to continue the discussion in the comments if you have corroborating or counter evidence. Spoilers ahead.

Obviously, The Revenant has garnered critical acclaim, so everyone who doesn't get it (which may actually be most audiences) is going to be up in arms at that fact. If you're familiar with Iñárritu's other work - in particular Birdman - you'll recognize that his style lies in the Latin American tradition of magical realism. So the plot, which detractors have called slim and unoriginal, is not actually the story. There's something else going on, if only you can unlock the hidden meaning. I think I have, and its keys are 1) in the title, and 2) in a strange speech given by Tom Hardy's character. Always look at an artistic film's strangeness closely, that's often where the decoder ring is (or really, in asking "why").

Quick synopsis before we apply that decoder ring to it: 1820s frontiersman Hugh Glass (DiCaprio) guides a fur trapping expedition gone wrong with his half-Native son when he is struck down by a bear, which he kills, but not before he his grievously wounded. The expedition's captain (Domhnall Gleeson) knows he'll die but wants him to have a proper burial, so he leaves three men, including Glass' son Hawk and the antagonistic Fitzgerald (Hardy) who ends up killing Hawk and leaving Glass for dead to save his own hide. Glass survives, however, and undertakes a quest to find Fitzgerald and take revenge, encountering several more lost souls in the harsh frozen wilderness and surviving through it all. When he finds his son's murderer, he actually doesn't take revenge, but leaves him to a Native tribe who do the job for him. Only then does he allow himself to die. 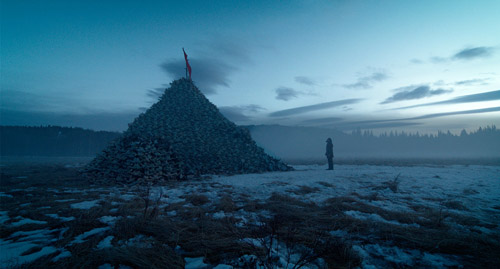 That's all very well and good, but people have taken the film to task for its real-world logic, specifically that Glass survives wounds and a level of hypothermia quite beyond human tolerance. Have they not taken the title into account? A "revenant" is someone who returns from the dead, and Glass does. We're in the realm of metaphor and magic from that point on if we weren't already in it. Glass is a ghost (is there transparency in his name?) trying to walk back to the "real world" through a white wilderness that I'd call the American Afterlife. The land is dead and frozen, and its inhabitants are extinct cultures, exterminated or assimilated by the white man, who quite rightly is called out for stealing and raping what belongs to Nature, and by extension, those who respect it as "God". There's a reason the bear attack plays like a rape. Nature is fighting back, or perhaps it is becoming "like" the people who are taking control of it as old ways start to fade. The pyramid of bones sets the mood, and we should realize that this land follows the rules of those animist cultures.

There's a definite play on totem animals. Glass is almost killed by a bear - a mamma bear protecting her cubs, just as he is devoted to protecting his son - but he kills it. From then on, he wears her skin and takes on even more of her qualities, including a ferocious indestructibility. He runs TOWARDS danger, just as she did. Compare to Fitzgerald who, in that strange speech, talks of killing "God" in a squirrel (his father does, and replaces God, making him a squirrelly Christ figure in his own mind). For him, it's a statement of man's power over nature and prefigures the death of the land and its people. In this animistic fable, it's literal truth, since the Spirit of the land is in each animal, and a god. In relation to Glass' bear totem, Fitzgerald is a squirrel, running and hoarding his way through the narrative, for that is the "spirit" he killed. 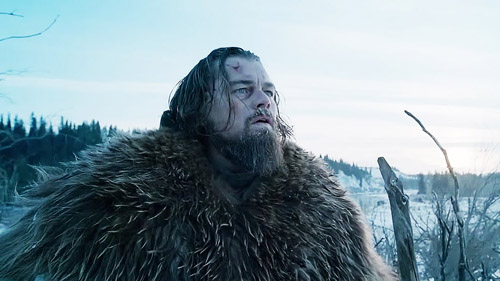 And it's a world that has no need of Christianity (the new world), and is inimical to it. The one Christian church we see has been burned down and lies in ruins in the middle of nowhere. The French trapper, a rapist of Native women, is called Toussaint (all saints). The problem is that Christians and Animists do not tolerate each other in the film, and dehumanize one another. The film doesn't really make any value judgments. Cultures are merely overlapping and hurting one another. Toussaint as a symbol is the raping/stealing impact on the Land that Europe has had. Believing in the Christian God in no way offers protection in this Afterlife ruled by other gods. This is the same clash I detected in Nicolas Winding Refn's more opaque Valhalla Rising, though if we're making comparisons, the journey is similar to Jim Jarmush's Dead Man.

Glass is able to navigate the Land and its dangers only because he is Pawnee as much as American. He turned his back on his origins, married a Pawnee woman, had a son with her, and killed an army officer to protect them. But his village was wiped out and he's been forced to work with the white man again. His (adopted) people are gone, but he is apart from those he was born from. But the corruptive nature of European values which has already killed this reality (certainly from our vantage point up river in History, see also the point of the buffalo herd) does threaten to turn him back into a "Christian white man". It's perhaps the reason why his wounds evoke Christ's scourging (as well as his resurrection), and why the comparison to Mel Gibson's The Passion of the Christ can so easily be made (there's also a scene where his hand is pierced if you want to play with those comparisons a little more). 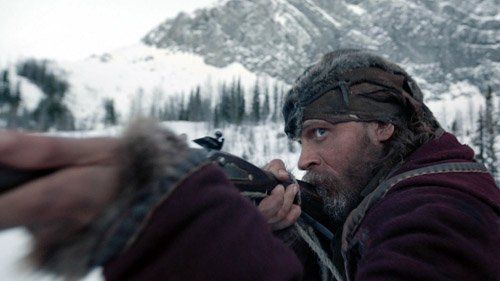 But it the end, he rejects the Indo-European values of "an eye for an eye", and lets Fitzgerald go. The murderer doesn't escape, and is immediately killed by the Land's agents, i.e. Native warriors. This is how Glass ultimately obeys the rules of the animistic Land/Afterlife (as explained by another Pawnee survivor he meets on the way), and saves his own soul. The warriors do not touch him, and don't need to. He has proven he is of the Land. And with the visceral immediacy the film has continuously provided, he dies - and moves on to the true Afterlife, not this (and pardon the Occidentalism) Purgatory of sorts, to rejoin his family we hope - with his breath on the camera lens. Cut to black, and we hear his last breaths until there's nothing to hear anymore. If this is a survival tale, it's one where the soul survives, but not the body. But I think you have to be open to meanings deeper than what's literally being shown on screen...

Came out of the theater with all these ideas spinning in my head, shared them with my friends, who added a couple of elements you've read here. My thanks to them, and to you for sticking with me this far.
Movies Theory

Mr. Morbid's House Of Fun said…
Wow, if I ever needed another reason or justification to see this movie, you sir, just gave it to me a very open-minded and honest fashion. Now that I know what to expect and the symbolism to keep an eye out for, I'm even more intrigued than I was. Very well-written review. Thank you.
January 25, 2016 at 10:37 AM

American Hawkman said…
An intriguing way to look at the film. I'd note that the actual story of Hugh Glass has him surviving even worse, however... if anything, the film downplays the severity of what he went through for realism's sake.
January 25, 2016 at 5:26 PM