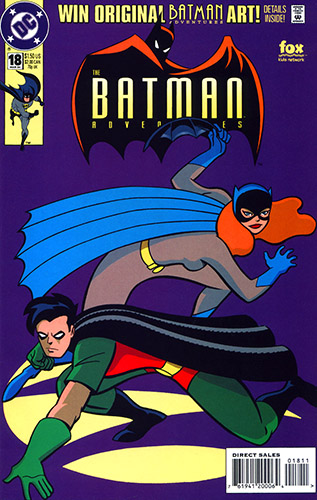 IN THIS ONE... Batgirl teams up with Robin to expose a corrupt mayoral candidate.

REVIEW: I love the Batgirl-Robin duo and am not only glad to see them here without even a hint of Batman, but to see them teased as a couple in their civilian identities (at least if we go by the romcom banter at the end of the issue). In their superhero duds, there's a nice contrast between the kid who trained years to do this, and the girl who's effectively flying by the seat of her pants and doing quite well. They're not one and the same character. Robin kicks real ass (boy v car!), can hide in shadows despite his colorful costume, and even has a junior Batman moment with his face in complete darkness. And yet, Batgirl is the character you want to follow. She's improvising and hoping Robin doesn't notice and still succeeds, sometimes by luck, sometimes by sheer gumption, but she's no less of a success. But because she's overcoming mighty odds, it makes her journey more engaging. She's smart, sexy AND funny. A pretty great trifecta.

To give her room to breathe (perhaps), there is no "name" villain in this tale. Instead, we get civilian criminals, including a bomber, a crooked politician, and a corrupt cop. That's fine, and it actually makes the case important to Gotham's (and Commissioner Gordon's!) future. Nevertheless, this is a plot I'll have trouble remembering in a few days because of that. 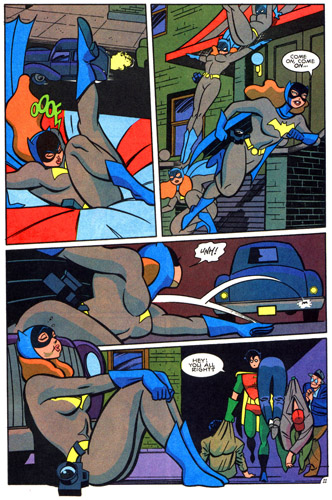 IN THE MAINSTREAM COMICS: Only teased here, but Barbara Gordon and Dick Grayson did have an on-again, off-again romantic relationship in the comics.

REREADABILITY: Medium-High - No memorable villains, but the main dynamic duo is great. They should take the series over more often.
Batman Comics DCAU