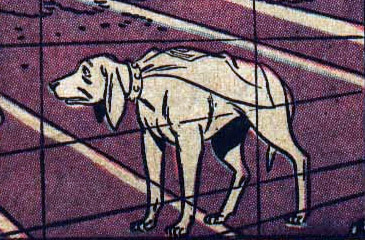 Unreal Kryptos for you in accordance with Halloweek's very strict rules, starting with Action Comics #292 and what I can only describe as Supergirl's sex dream about a cute horse: 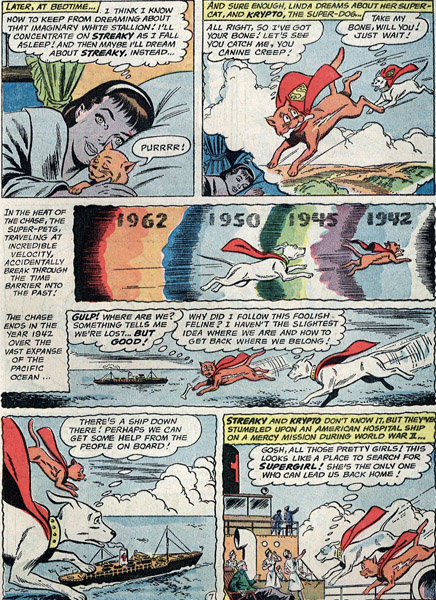 Where's the horse, you ask? This is just a normal dream like my readers are always having, about super-pets going back in time to World War II and fixing the timeline to make sure Trump doesn't become president! Well, despite Krypto and Streaky being the stars of the dream, look who shows up to sexily save the day. 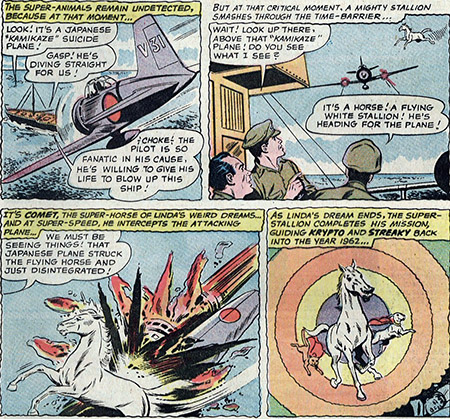 Okay Linda, HANDS OVER THE COVERS WHERE WE CAN SEE THEM! 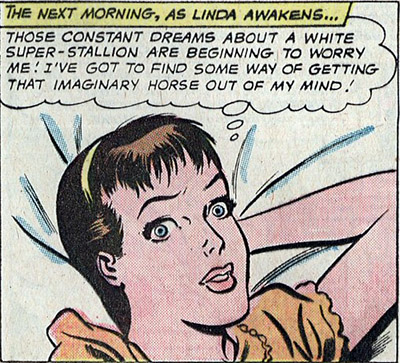 This is all going to lead to her meeting and falling in love with a were-horse called Comet, but that's not what we talk about here at Krypto Central. (We DID do an episode of Lonely Hearts about it though.)

In Action Comics #293, a very real Krypto gets unreal when Superman beams him into the Phantom Zone! 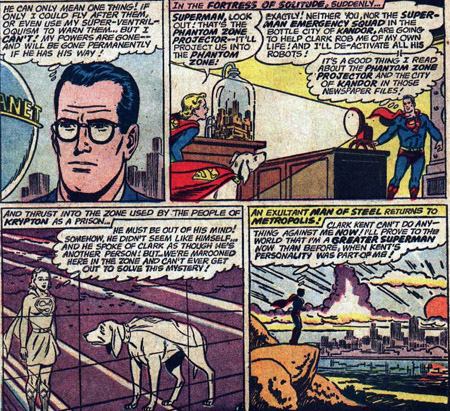 This Red K story splits Superman and Clark Kent into two distinct people, and Superman is kind of a super-jerk. When Clark asks for Supergirl and Krypto's help, well... they've got to go. No worries, Clark frees them and then merges with his old self at the end of the mandated 72 hours of Red K infection.
Comics Krypto Silver Age Supergirl Superman