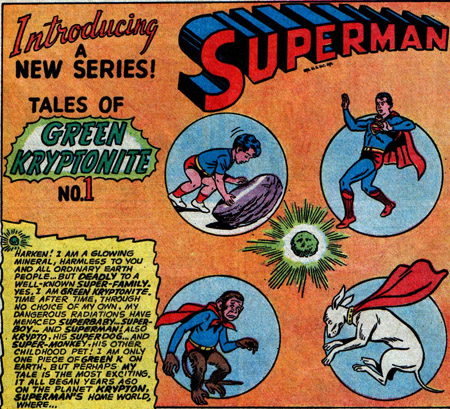 The Silver Age is kooky on any given day, but sometimes, it outdoes itself. Like when the chunk of kryptonite that would eventually end up in Lex Luthor's lab that fateful hair-loss, revenge-gain day turned out to be sentient enough to tell its own story. What the what?!

Well, it was originally the head of a bust awarded Jor-El for discovering the Phantom Zone, so OF COURSE it has a brain... Once converted into Green K by the planet's destruction, it crashes to Earth and has many adventures, coming into contact with Super-Monkey in Africa before making its way to Smallville and through a sequence of insane coincidences, into the Kents' lives where it affects Clark adversely not once, but three times! That third time, it lies abandoned next to the Langs' pool into which Clark is thrown by a crook. Clarkie was faking it at first, but he soon became weak for realz. Time for the Superboy Signal! 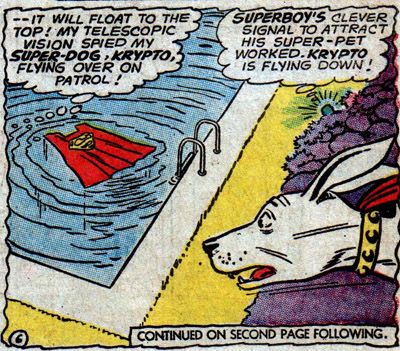 Our hero enters the story at this point and saves the day, all the while avoiding the Green K protagonist. 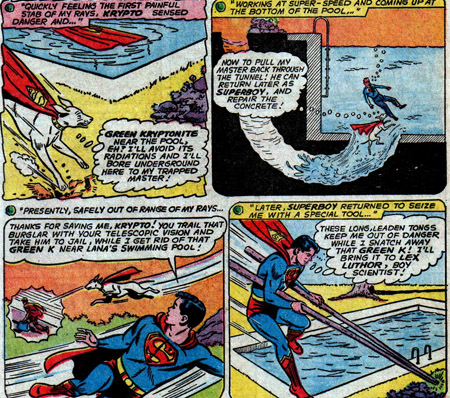 Well done. And from there, to Luthor's lab where the young genius indeed finds a way to take its radioactive properties away. But Superboy will never know. 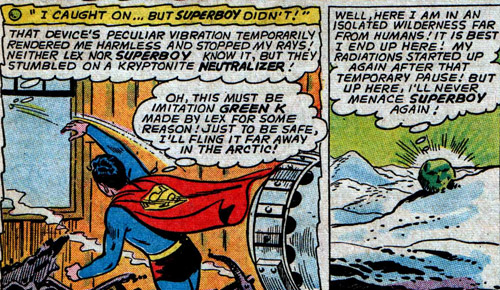 snell said…
In the first arc of Superman Confidential, Darwyn Cooke & Tim Sale had a piece of kryptonite narrating part of the story...
January 14, 2017 at 9:34 AM

Brad said…
AFAIK there were four of these stories, with the last two transforming our narrator into first red, then gold kryptonite. I think that was the end of it...
January 15, 2017 at 2:49 AM