Is There Such a Thing as Sports Geekery? 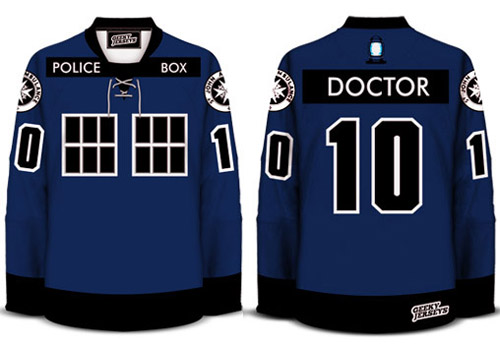 The short answer is: Of course there is. So why don't I respect sports geekery like I do other niches?

Let me preface this discussion by drawing a clear distinction between a fan and a geek. The sports fan is an enthusiastic supporter of his favorite teams and an avid consumer of sports news. The sports geek wouldn't just just feel anguish or elation when a trade is announced, he could recite every trade in the team's history. It's geekery when you know all the stats, collect all the cards and/or know every piece of trivia, the same way I have friends who can't wait for the next episode of Doctor Who, but I'm probably the only one of the group who knows every story since 1963, who wrote them and which features Sigmund Freud's granddaughter playing an alien. 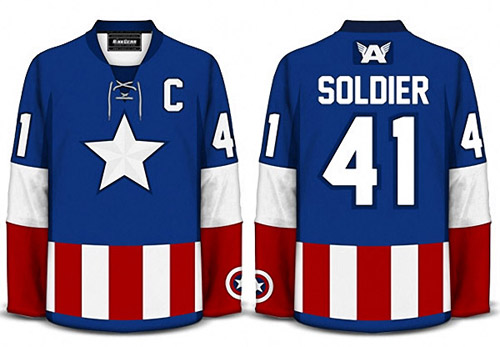 So sports geekery exists. Is it just that it doesn't interest me personally? I consider myself an omni-geek, interested in comics, movies, music, sci-fi, gaming, etc., so why not this? Sports is certainly part of popular culture, but I once stated that unlike other examples, there's no story there for me to latch onto. But is that true? Sports movies usually make the case that each sporting event IS a story - I'm particularly reminded of Benjamin Sisko's speech about baseball and linear existence in "Emissary" - and it's true. To my eyes, it's a limited and repetitive one, but then I don't have the full context of who each "character" is, where he or she has come from, and so on. My roommate loves hockey, and cries when a certain player who's suffered a tragedy appears on the ice, to her an act of resolve and bravery... I just don't have the context to "get" the story. I wonder if someone picking up a modern superhero comic for the first time might have the same impression, or lack of impression. Just guys in colorful costumes battling it out; it's kind of boring if you don't know who anyone is. In the end, I guess it comes down to tribalism. As a youth, I was terrible at sports and loved reading. There were those who were good a sports and who hated reading, and because 90% of the school curriculum is academic rather than physical, that created an inequity that made me the perfect target for bullying. Gym class was when the nastier breed of these kids could get their revenge on the class "brain". It made me associate sports with cruel meat heads, and that may be the case for many traditional geeks who not only preferred non-sports geekery, but sought refuge in it. That said, I've known many people who were interested in both, even made peace with bullies when we discovered a mutual love of comics or role-playing games.

But it never did make me enjoy sports more. A live sporting event from time to time can be a fun experience, a day out, an occasion to lay your best heckling on the opposing team. On TV, I find it oppressively boring, and the commentators on games I get to catch too often fail to make the story come alive for me. But that's okay. I can respect another person's fandom and geekery without needing to absorb it into my own.
Geeks Anonymous Geekwear

Shotgun Godin said…
To be fair, I cry... A lot... All the time... But yes, there are many a reasons why I cried while watching a hockey game, live or not. And you're right, I'm not crying because they're winning or losing; I'm crying because I'm invested in the players.

Only this year (2017):
- I cried because my team couldn't give a victory to their backup goalie when he had a FANTASTIC game.
- I cried because a player came back from his country of birth with his twins who recently lost their mother to cancer and they were in the audience.
- I cried because my favorite player scored for the first time in ages after putting so much effort during the play.
- I cried because a player who did a lot for my team was back in the city for the first time since he was traded and he received a wonderful homage and an incredibly long standing ovation (He was crying too... what a beautiful moment!)
-FFS I cried both time I attended a live game and sang, with the whole damn crowd of 20'000+ people, the national anthem.

The funny thing is, I don't even care about stats and trades and all. I'm a fan, not a geek. I'm just a die-hard fan!

Jonathan Linneman said…
For many of us, sports have always just been another avenue for geeking out. My obsession with comics transitioned into an obsession with baseball when I was around 12. I'm also athletically disadvantaged in many ways, but sports (baseball especially) offered so many other ways to feed the passion. (A few years later, it became an obsession with indie rock, and then ska, and somewhere along the way, everything kind of settled to where I have a bunch of nostalgic obsessions to feed.)

And beyond the stats, there are the communities of folks who enjoy tabletop sports games. (One of my favorite blogs is at OneForFive.com...Paul doesn't update all that much anymore, but it's always interesting stuff!) The first time I bought "funny dice" was for a baseball game I designed as a kid. It wasn't until years later that I discovered the joys of orc-slaying.
March 8, 2017 at 11:30 AM

Radagast said…
It's a story that cemented my current soccer geekery, for sure - one of adversity, injustice, resistance, and rebirth; and it was introduced to me by a fellow nerd.

But the story alone isn't what has kept me interested - it's the structure of the league system in Europe, where teams can be moved up and down in the hierarchy from year to year; it's the underdog stories and open tournaments that allow small teams to become giant-killers; and the community atmosphere among the fans.

idiotbrigade said…
Shotgun needs to log a diary of whenever she cries like that shared picture of a husband who logs every time his pregnant wife cries.
"Saw picture of a duck." etc.

Pretty sure it'll be rife with choice cry moments and some ridiculous ones too.

Myself I've made that peace with the different fandoms long-ago. I still razz some anime-fans I know but that's just poking fun and nothing's meant of it.

I hate the cultural gatekeeping that's long permeated geeky endeavours; YOU can't like this because I liked it WAY BEFORE YOU DID. or Oh you want to get into this fandom? No you can't start here, no no no. You have to watch EVERY EPISODE EVER, IMMEDIATELY otherwise you're not a fan / will never be able to understand.

It's crass, it's petty, and it's a classic role-reversal when the victim has a chance to become a bully, and unfortunately becomes one, justifying it as defending what they love, instead of being a massive cock.
March 8, 2017 at 12:41 PM

I guess I can understand both sides; I geeked out over sports as a kid, though not so much now. My current geekery is more traditional (comics, SFF, RPGs, etc.)

Shotgun: I think every Montreal fan was crying when Subban came back; reminds me of the late 80s when Lafleur came back with the Nordiques and scored a goal ... he got a standing ovation from the Habs crowd.

LiamKav said…
I wonder if that's why there often crossover between comics and pro wrestling. WWE is, at its best, superhero soap opera with larger than life athletes acting out personal battles via the medium of "sport", with the added benefit of often genuinely impressive athleticism. Hell, something like Chikara is even more blatantly comic-book, with time travel and other crazy ideas thrown in. I wonder if wrestling ever worked as a gateway drug to get comics fans into "proper" sports.
March 8, 2017 at 7:22 PM

Anonymous said…
Well written!
I always loved comics but sports never was a fit. My story is like yours, I had a tough time reconciling cheering on my high school teams when 5 days of the week were spent fighting against, hiding from or loathing the stars of the field.