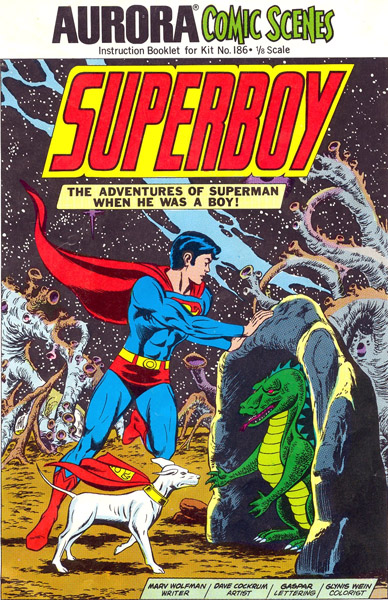 One more piece of 70s merch before we hit the glam 80s! Remember when we talked about the 1966 Aurora model kit? Well, it seems there was a re-issue in 1974 that came with a comics story by Marv Wolfman and Dave Cockrum. Finally! We will learn what the deal is with that little dragon!

It begins like a lot of Krypto stories do, with the chasing of bones across the galaxy, and then a disabled-ish alien spaceship sucks the Kryptonian duo into itself with a tractor beam. 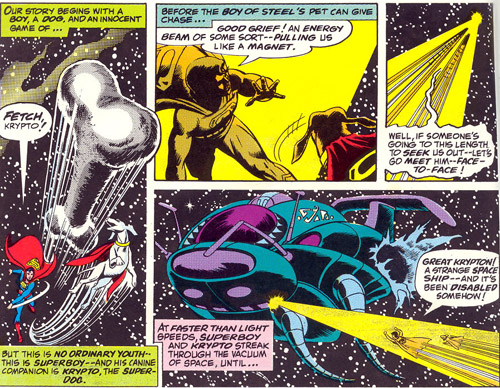 It belongs to a Frelmian called Zzerz who was carrying a small reptile collected during a space mission when the creature walked into a radiation field, turned giant, and developed laser eyes. It easily escaped the spaceship, leaving destruction it its wake. Might the super-popular Superboy and Krypto help him recover the beast and zap it with a shrinking beam? 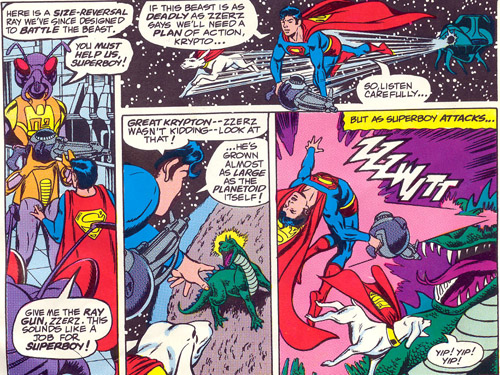 So Superboy zaps it down to size (Krypto bites its tail to distract it first), but the l'il dragon starts to grow again and is still firing beams from its eyes. Time for some quick thinking, and also, for reproducing the model's mise en scène before the page count runs out! 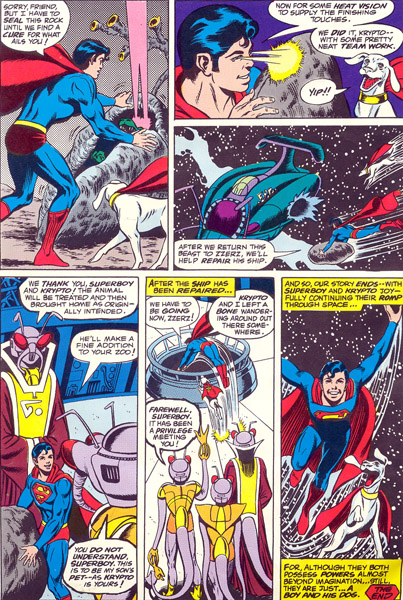 Awww sweet, the dragon is meant to become a pet. That's if it didn't suffocate in its stone cocoon in which, remember, the animal was uncontrollably growing the giant size! Zzerz's kid is going to be so disappointed.

BONUS: How to assemble your Krypto model! 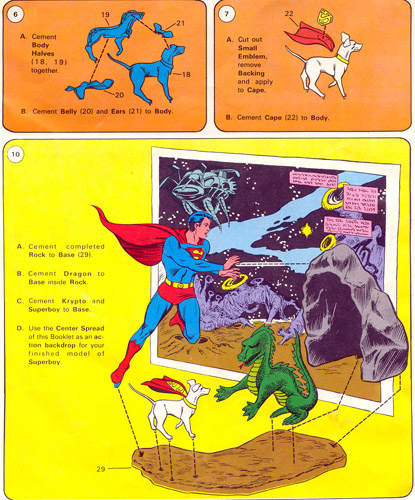 Kids in 1974 had a cool Cockrum diorama as part of their model (if they dared destroy the comic) the 1966 kids didn't. You can't stop progress, yo.
Comics Krypto Superman Toys