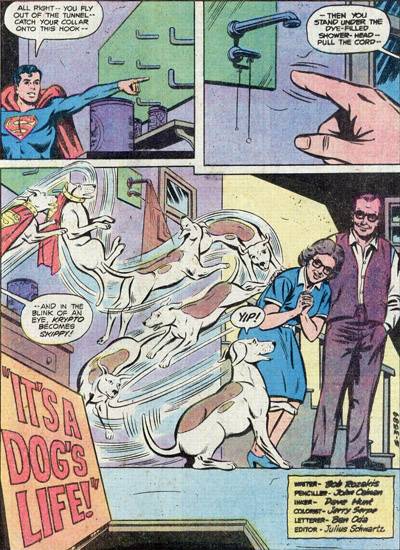 Okay, so last we saw Krypto in New Adventures of Superboy, he made a big mess to turn himself into "Skippy", the Kents' mild-mannered, ordinary dog, but they can't just let him tip over a can of lacquer every time he needs to show his muzzle. So Superboy rigs that quick-disguise system for him in the basement (above). But how is he going to get his shots from vet-dogcatcher combo Howard Shatt? Clark has an answer because obviously, he's been living a double life for a while, but Krypto has no interest in doing the smart thing. 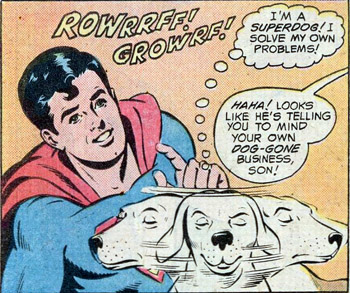 I know super-intelligence is part of the Kryptonian power package, but trusting the dog's plan seems kind of crazy to me. But we're locked into the dog's plan and Martha goes into the vet's office blind, playing coy about where "Skippy" actually came from.

Just before Krypto is to get his shot, armed men burst into the offices of Howard Shatt and kidnap him, interrupting the procedure AND Krypto's plan. 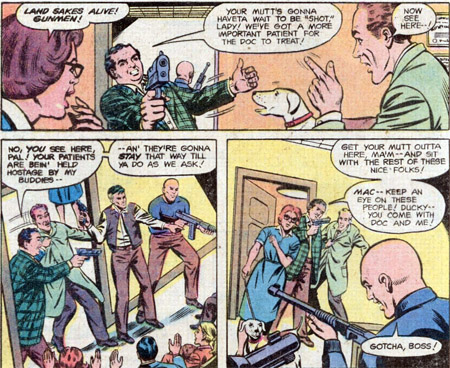 Though he tries to stop the crooks by melting their tires from the reception area, they just steal another car. He and Martha are trapped, all the office's patrons and their pets held hostage by the gunman who stayed behind. Well, since we've already established in this story that heat vision is invisible, there are things Krypto can do 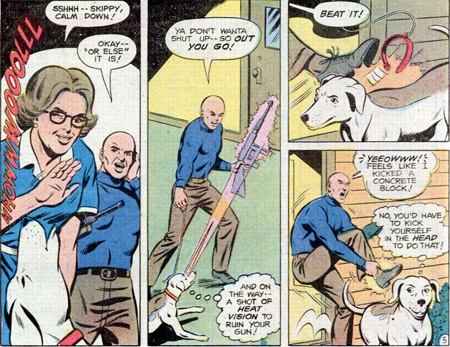 That's not suspicious at all. Krypto races back to the farm, gets out of character, and tracks Shatt to stables where the crooks want to force him to boost a race horse. That's quite the racket they have going there. Krypto springs into action. 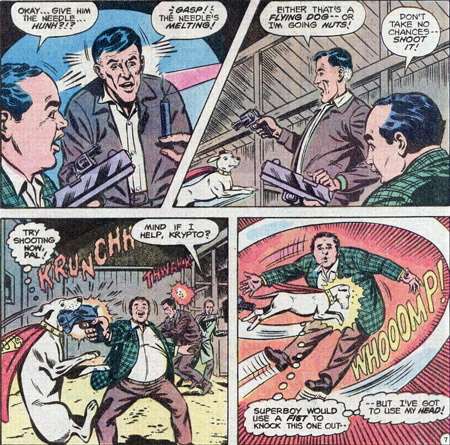 And then it's back to the vet's before Shatt can return and the plan is back on track: 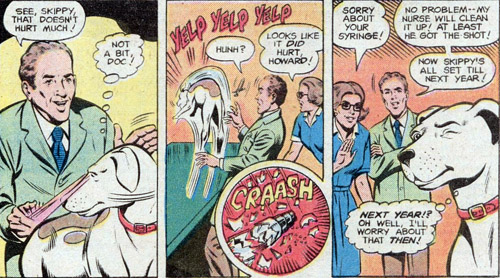 Anonymous said…
Please tell me there was a comic where the vet tried to neuter Krypto and there was hilarious panel after panel of scalpels breaking against his junk.
December 2, 2017 at 12:32 PM