December 27, 2017
Up in the sky! It's a bird! It's a plane! It's a strongman in tights dealing with flying things that kill! 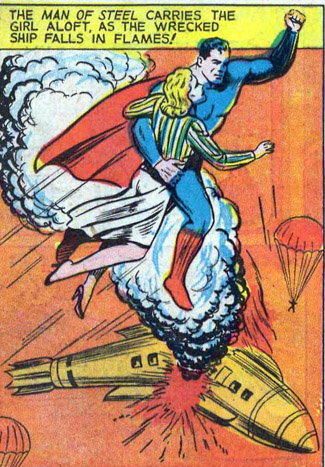 Snow falls in summer, and next thing you know, it's a story with Arabs using sky ships and miniature suns. At least they also have parachutes. 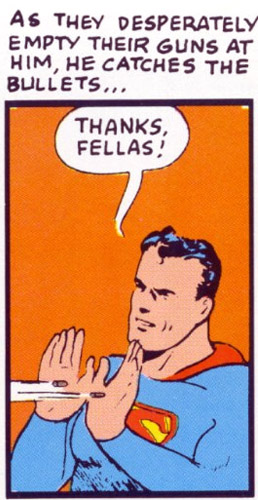 From Superman: "The Black Gang" by Jerry Siegel and Wayne Boring, Superman #7 (November 1940)

Of you thought it would ALL be sky ships? "Faster than a FLYING BULLET", remember? 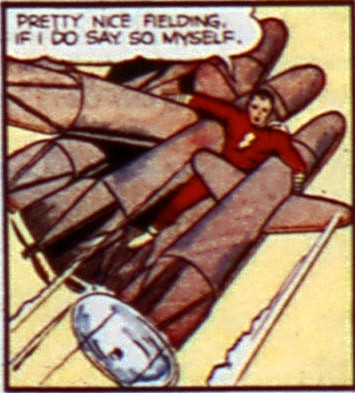 And over at Fawcett, their big Not-Superman outdoes the Man of Steel by stopping not bullets, but torpedoes, and not two, but five or six! And THEN he gives them flight. Captain Marvel was the original Bizarro, y'all.
Captain Marvel Comics Golden Age One Panel Superman