Only some six months since Volume 1! The eighth (or seventh-point-five?) volume to act as companion to the 50th Anniversary Doctor Who sourcebooks for Cubicle 7's Doctor Who RPG - they covered the Doctor Who canon, we covered the extracanonical adventures from the novels, audios, comics, and more! 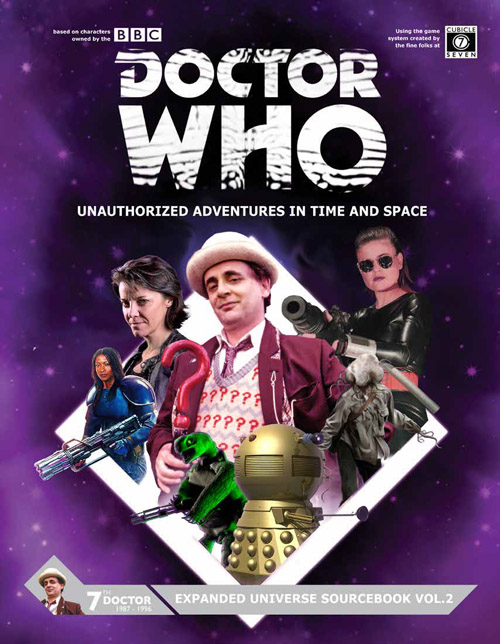 You can download (or just read) it HERE in high (printable) or low (computer screen) resolution.

The Seventh Doctor's extracanonical adventures were extensive, so we had to cut it up into two books. Volume 1 had him and Ace in a continuation of the TV series, but Volume 2 is a monster, containing all the New Adventures novels from the point where they meet Professor Bernice Summerfield, and beyond. Even after the 1996 TV Movie killed off McCoy's Doctor, there were more stories to tell from the Bernice and post-Bernice eras, thanks to Big Finish audio and other avenues. Some of the stories are so mad, I wasn't sure how we'd manage it, but here it is, at least one entry for every novel and audio (and more) from "Love and War" on, plus material from short stories, comics, the Death Comes to Time webcast, etc. You'll find people, monsters, places, dates, gear, the works, as well as a timeline that puts it all together, and adventure seeds, both original and based on the source material, for the prospective GameMaster. While I did the layouts, coordination, and editing (as usual), the lion's share of contributions came from Peter "misterharry" Gilham, without whom this project would be impossible. I wouldn't even put these out before he got a chance to proofread them!

And of course, my personal thanks to everyone who's kept up with the project for the past seven years. It started as a 50th Anniversary project, but we're now at the 57-year mark. If you're interested in contributing to the Eighth Doctor's two volumes (yeah, he's a busy one too), get in touch with us at The Extracanonical McGann bulletin boards. We're starting with the novel era.

And now, a few pages for readers not interested enough to click the links, starting with the table of contents (click to enlarge), followed by a few select entries: 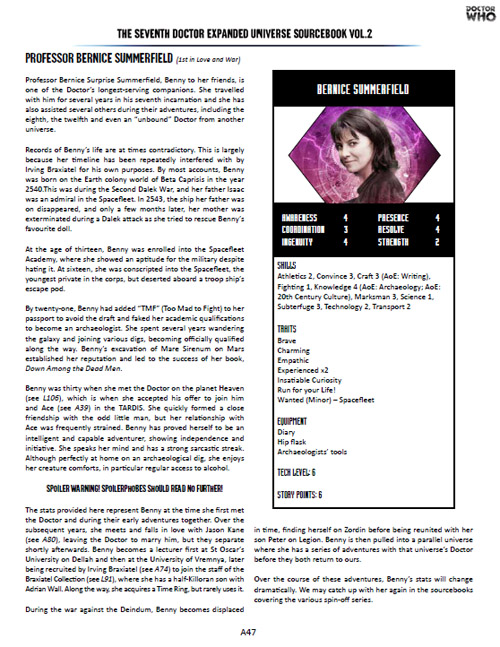 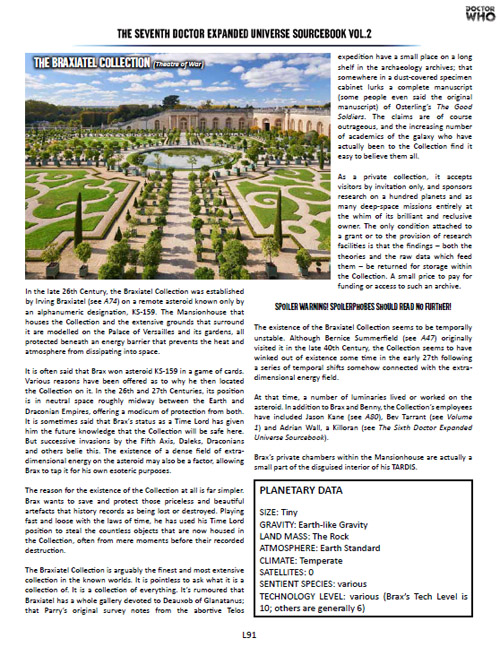 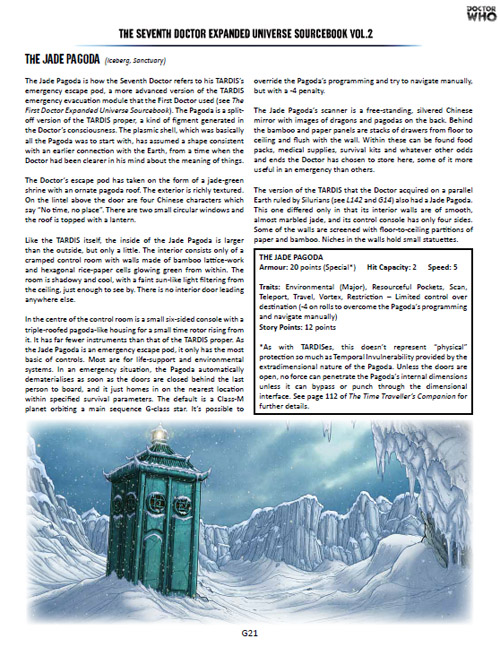