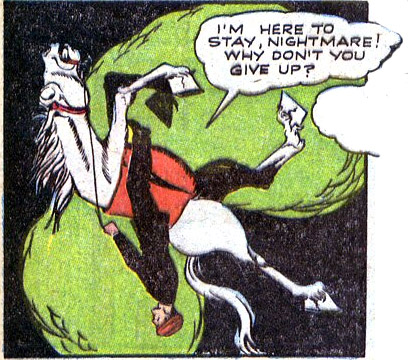 From "The Nightmare", creative team unknown, Ibis the Invincible #1 (March 1942)

For my money, though they may not be the best remembered heroes of the Golden Age, the magician types have the loopiest, weirdest, and thus most charming strips of the era. Fawcett's Ibis the Invincible is not the strangest, but it has its moments, and the month we're looking at now marks his ascension to a solo title, though one that's more or less an annual event. Still, that apparently evil cartoon horse is quite a thing. 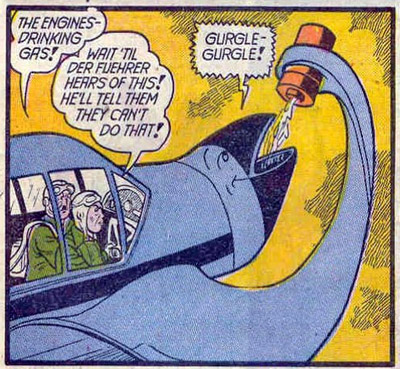 From Zatara: "Zatara versus Hitler" by Gardner Fox and Joseph Sulman, Action Comics #46 (May 1942)

Move over Superman, your strip is too timid for THIS post. Zatara goes up against the Luftwaffe and makes Nazi planes get drunk on diesel!
Comics Golden Age One Panel