Category: Memes
Last article published: 24 September 2018
This is the 39th post under this label 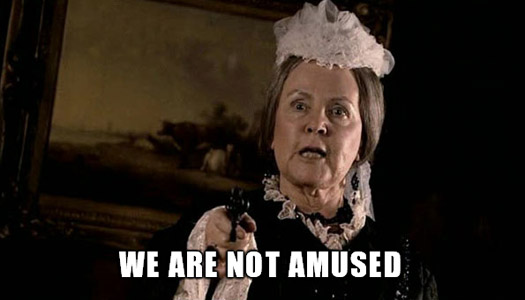 This label was created in the early days because people who tag you from blog to blog to participate in community events and jokes. Wider social media plays that role now, Twitter in particular, and I've tended to weaponize such "chain letters" by not posting them to Facebook or Twitter directly, but here, where I have more control on the layout, length and permanence. After all, why waste a good opportunity for content? Lately, I feel like like most of these have asked to name movies, music, comics, whatever released on the year of your birth or some such. Usually, they go "without saying it, tell me your age by posting such and such". I've played the game on occasion mostly to find out for myself and it hasn't translated into blog matter.

In honour of Victoria Day (and as a French Canadian, "honour" can be taken with a big smirk), I though I might tweak it a bit and go back 100 years from birth date, smack dab in the Victorian era, and name a book out that year. And I got lucky! 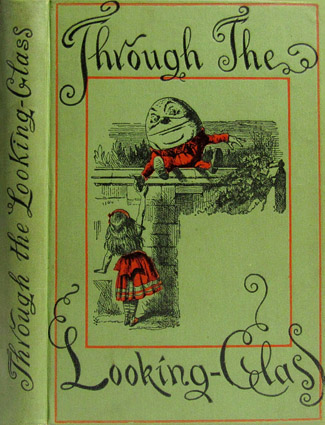 Through the Looking-Glass is a FINE choice for a book published a century before I was. What about you? What book preceded you by a hundred years? (It's a MEME, you gotta play!)
Books Holidays Memes

Drinkplentyofmalk said…
1899 gives me Father Goose: His Book by L. Frank Baum. I haven't read it yet (but I'll admit to a soft spot for nonsense poetry), but it's an incredible coincidence that I got something by the creator of the Oz canon, as I've been devouring that series recently!
May 24, 2021 at 9:03 PM

Andrew said…
1875 gives us some works by Dostoyevsky, and Verne, and Henry James, and Louisa May Alcott and George MacDonald. The big one though, in terms of overall impact (for good or ill), would have to be Mary Baker Eddy's "Science and Health with Key to the Scriptures". Foundational text for Christian Science, and manages to be neither of those things.