Starting to show panels published in books on the stands in February of 1942... 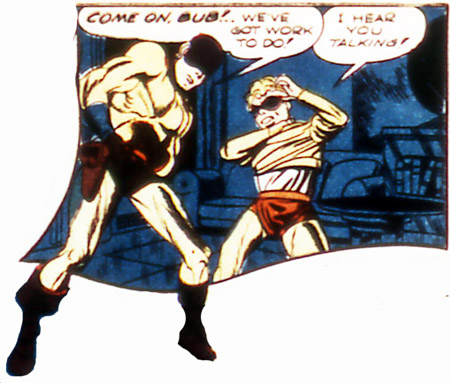 Despite my respect for Jack Kirby, the Sandman's bog-generic spandex - no really, Manhunter first appears in this issue (the Paul Kirk one though he won't have that name until next issue) and he's got the exact same gear in red and blue, and the Tarantula's costume is near-identical) - was nowhere near as cool as his original gas mask look. To be clear, Kirby didn't originate it, it just happens to be what they were doing back then, giving the hero a boy sidekick to get undressed with, etc. 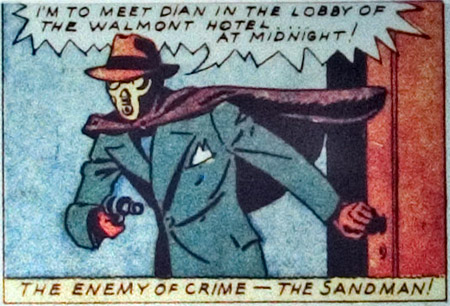 So thank God for World's Finest, which lagged behind just enough that the original could get one last whirl. Yes, that hits the spot. Who thought it was a good idea to change it?!
Comics Golden Age Jack Kirby One Panel Sandman