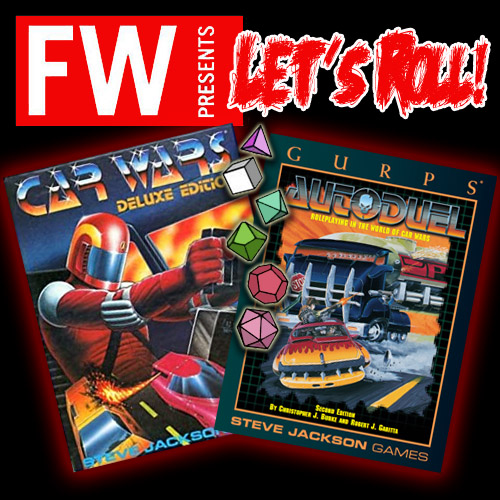 GURPS Autoduel is the role-playing setting for Steve Jackson Games' once-popular wargame, Car Wars, and also chapter two of the Shiftworld campaign Siskoid ran back in the early aughts. He welcomes back to the show Daniel "Pout" Ouellet and Alexandre "Beb" Hébert to the the show to talk about the world of autoduelling and how to insert other types of games into your RPG. Ready to roll?

Or you can right-click “download”, choose “Save Target/Link As”, and select a location on your computer to save the file (39 MB).

Here are some images relevant to this episode of Let's Roll: 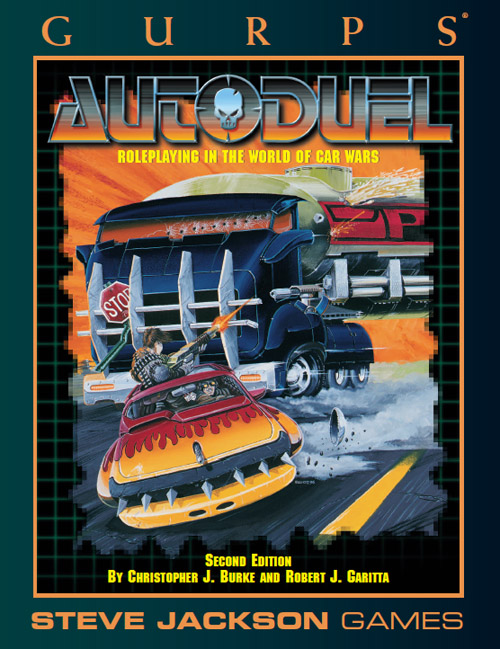 GURPS Autoduel (2nd ed.) is by Christopher J. Burke and Robert J. Garitta, with cover by Darryl Elliott and interior art by Dan Smith. And here are Car Wars Deluxe Edition and the over-sized maps I copied from Autoduel Quarterly. Car Wars was designed by Chad Irby and Steve Jackson, revised by Scott Harring, and sports a box cover by Denis Loubet: 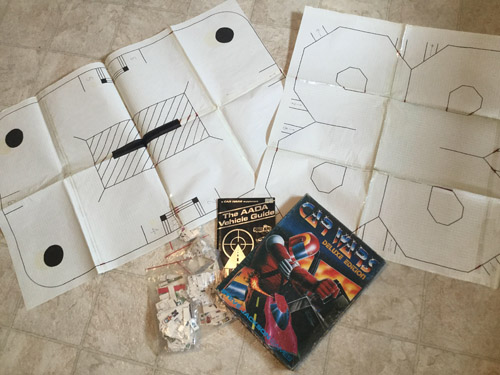 Our two guests' character sheets, plus the third player's, for good measure (you can compare them with their Old West stats HERE):