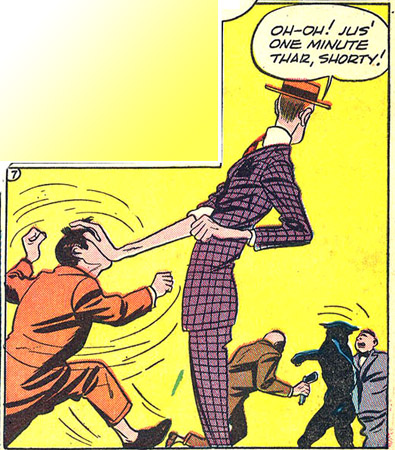 Okay, why is it I've never heard of Stretch Skinner, recurring ally to Wildcat during the Golden Age? This comically lanky guy was a novice and not very bright private eye, who got his badge and diploma from a phony detectives' school. As Wildcat's de facto sidekick, he was unaware of his secret identity as champion boxer Ted Grant, and essentially appeared throughout the strip's Sensation run. Seems in the modern era, he was turned into Wildcat's motorcycle mechanic. Was he this tall?
Comics Golden Age One Panel