Category: Music
Last article published: 29 April 2021
This is the 73rd post under this label 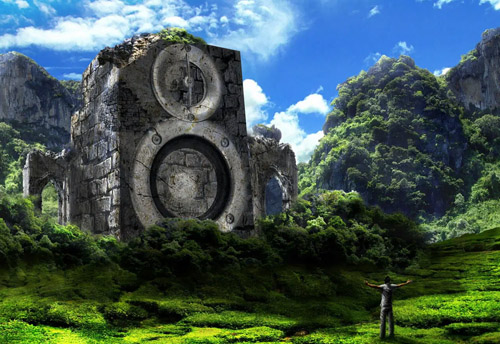 I've found a lot of joy creating soundtracks for my role-playing campaigns. To me, the soundscape of a game can not only add to the atmosphere one tries to achieve in certain genres (whether that's techno-punk in a Cyberpunk game, or eerie music in a Horror game), but can also inform the characters and the setting. In the old days, I worked in radio and stayed late to explore the station's record collection. These days, we practically have the whole of music to search thanks to Spotify, YouTube and other services. In terms of diegetic cues, you may want to manifest that spooky orchish drum beat with an aural selection, or if the action is staged at a rock concert (I once sent my players to Woodstock and timed events with actual moments from the festival), etc. But that's not building a soundtrack per se. That's a whole other enterprise.

When we talk about a soundtrack for a game, it's really that we're seeing it as a movie, or more appropriately, a television show. While you can have songs in there that are specific to a certain scene, event or one-off villain you've prepared, what makes your song collection a SOUNDTRACK is that it includes recurring themes. At a glance, you will need an opening theme to get the players in the mood, a theme for each of their characters, and instrumental themes for such things as travel, fighting or whatever other activity tends to happen often. You may also have certain environments (a saloon, perhaps) that need diagetic music. The songs selected should fit the genre of the game, though the more fantastical the setting, the more leeway you have with the actual genre/period of the music. There's nothing wrong with electric guitars in an old-school western game because there are many modern songs with the appropriate country-western twang you're looking for. And you want to cater to different players' styles as well. Does this cool character feel surfy, while that bruiser is more metal? You might be looking for hybrid music, possibly.

An easy trick when you're desperate or running out of time is to look for actual soundtracks and scores from movies/shows/video games that have the same genre/feeling your RPG does. If the players recognize the tune, it may even help them get into the groove faster. Why WOULDN'T you use the James Bond or Mission: Impossible themes for an Espionage game? If you're trying to evoke the space opera of Star Wars, why NOT steal from that canon? (If you're actually PLAYING the Star Wars RPG, there's little reason not to.) 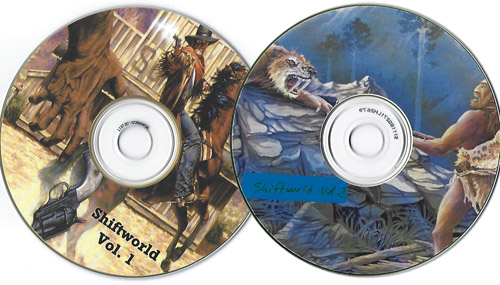 A soundtrack has several functions in a game. Obviously, there's setting a scene, a tone, an atmosphere. It's also a good way to get a chatty table ready for play. A Pavlovian response will be triggered when you play the opening theme. Similarly, a montage can be initiated with one of the instrumental themes, over which the players are invited to narrate. These are instrumental exactly BECAUSE you or they will talk over it. But fully-instrumental soundtracks are weaker than a mix of instrumental and lyrical pieces. Here's why: Each character's theme (and the opening theme as it relates to the entire group, if it has lyrics) can be coded with information through its lyrics. When you hear a song in a movie, it's more than a question of mood, it's also relating something about what the scene is about, even if it's not normally (nor should it be) a one-to-one translation of the action. So a player hearing their character's theme may come to identify with certain parts of the lyric and start integrating those elements into their performance. "This says something about my character I accept to be true, and it enriches my understanding of them and how I play them." You may be imposing something on them based on YOUR understanding of their characters, but even if you let them pick (entirely or from a short list), you have to be involved to ensure the music works within the game's genre, and on the same "record" as the rest.

And it's not just about inspiring the players, it's also about inspiring YOURSELF. In choosing a certain song, your own listening may lead to your focusing on a lyric and thinking, hm, yes, I could use that and then the song will seem even better chosen! I've done that a lot. If a name is spoken in a song, it could be the name of a relevant NPC. Think of it as writing a movie based on a soundtrack, rather than the reverse direction (a Tarantino special). A found piece of music could inspire an entire adventure!

Now, for this to work best, you will want to share it with the players at some point. Maybe not until each song has played at least once, but early. In the old days, I burned CDs with the songs on them and gave each player a copy. These days, you can make playlists on Spotify and YouTube that will achieve the same effect, and you can even update them in between sessions (so as to keep things spoiler-free). I have found that players who listened to their disc a lot (and when engaged in a campaign, they tended to want to) made stronger connections between lyrics and action, and also have stronger memories of those game sessions than players who did not. The music actually cements those memories, and unlocks them decades later when they pop the disc back in. With everything going on around the table - including Chatty Kathies who talk all over the music even when you'd like a music-only moment - players just won't get the nuances of your selections, so a way to listen out-of-session is useful.

And hey, maybe you'll improve your (and your players') musical culture as you do this, which isn't a bad bit of self-improvement.
Advice Music RPGs