Category: Mr. Terrific
Last article published: 2 July 2012
This is the 6th post under this label 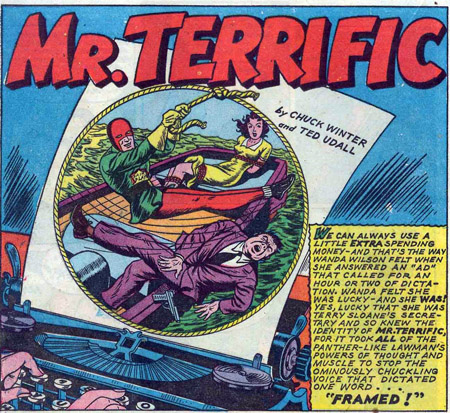 Let's put the Golden Age Mr. Terrific's nickname to the test, shall we? Terry Sloane is known as "The Man of a Thousand Talents". Boy genius who graduated from college at 12, then became a world-class athlete, then a business leader. What CAN'T he do? So I just grabbed a random issue of Sensation Comics - #14 - and looked. 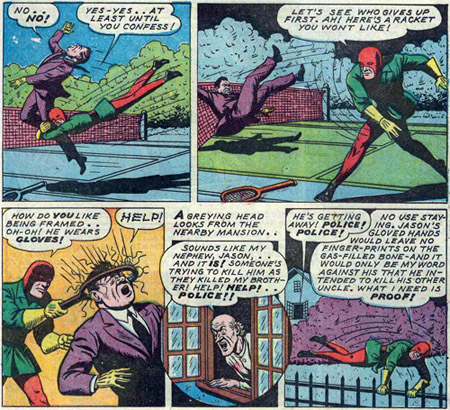 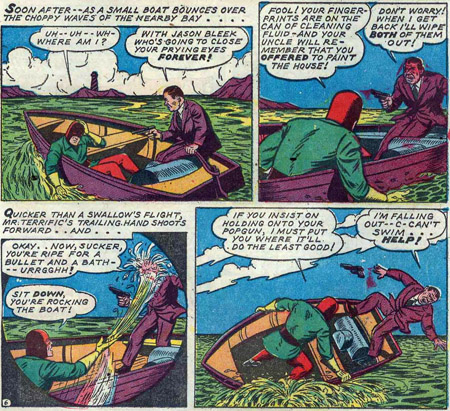 The story also has him: Recognize an exotic perfume, drop some information on chemistry, and fight while treading water. There's probably no limit to the skills he knows. You just want to be on the right side of the law before he demonstrates, that's all.
Comics Golden Age Mr. Terrific