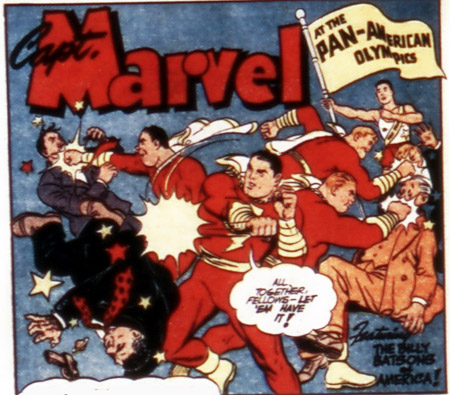 From Captain Marvel: "At the Pan-American Olympics" by C.C. Beck and Pete Constanza, Whiz Comics #29 (April 1942)

A nice splash panel of the Big Red Cheese and his Lieutenant Marvels at the Pan-American Games, which WERE supposed to take place in Argentina in 1942, but were cancelled because of World War II. The story as much as says so, and as compensation, there's a Pan-Am "Olympic Meet". Trouble was inevitable. 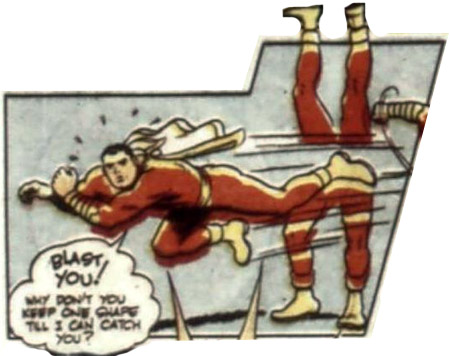 From "In the Realm of the Subconscious" by C.C. Beck, Captain Marvel Adventures #9 (April 1942)

In this story, Cap fights funhouse mirror versions of himself. I chose this one because it does get more surreal than that. The issue also introduced recurring villain Nippo in another story, but I wanted to spare you the racist caricature.
Captain Marvel Comics Golden Age One Panel