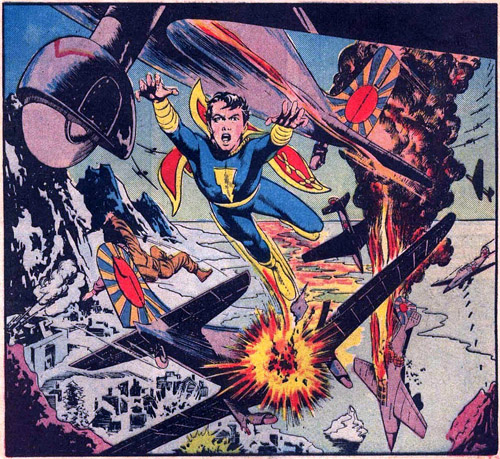 From Captain Marvel, Jr.: "The Case of the Face In the Dark!" by William Woolfolk and Mac Raboy, Master Comics #25 (April 1942)

I am quickly becoming a fan of Raboy's art on Captain Marvel Jr. Silent panels full of action, not a caption in sight... that's rare in the Golden Age. For a scripter to want to let the art stand on its own, you've got to be a special artist indeed. 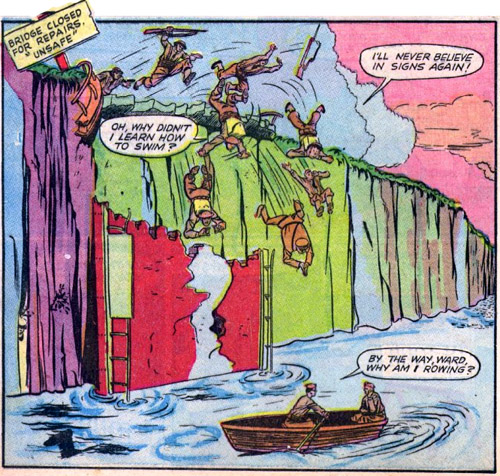 Now, Bulletman appears in Master Comics every month, AND has his own quarterly title as well. So maybe I think I'm funny giving him neither panel selection. But I just liked the shot - from the non-Bulletman story - of these soldiers running off a cliff like lemmings, at a definitely "unsafe" bridge. Understatement of 1942.

And Private Ward is a great name.