Who's This? A shape-changing Legionnaire. 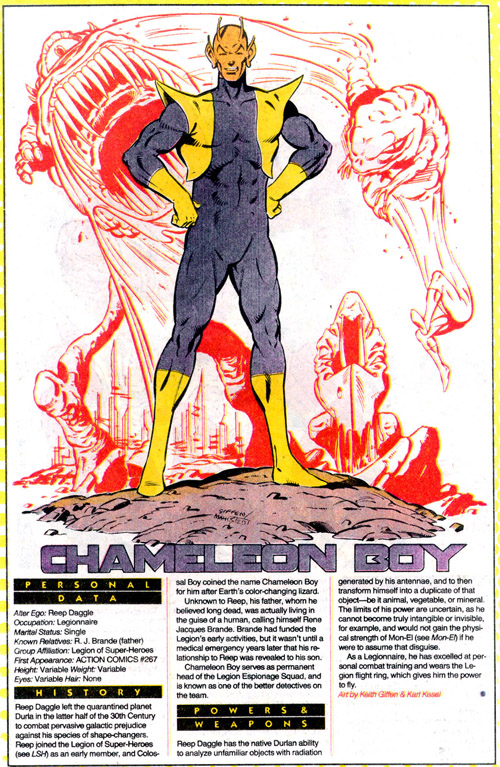 The facts: For the longest time the most evidently alien member of the Legion of Super-Heroes, Chameleon Boy was introduced all the way back in Action Comics #267 (August 1960), the 6th member to be inducted into the team. He was created by Jerry Siegel and Jim Mooney. Like all Durlans, he had the power to transform into all sorts of creatures though he had to get a sense of them in person with his antennae first. Naturally, he was the leader of the Legion Espionage Squad. Through all the reboots, he's been present, often as an "other" that was more alien in later continuities.
How you could have heard of him: One of the most recognizable Legionnaires, Cham could still be seen with the team in the recent Doomsday Clock event and Bendisboot, as well as on different cartoon shows, not least of which the LSH's own series' second season. Resident Alien fans might like to know he served as aesthetic inspiration for the comic's (less so the TV show's) title character, according to writer Peter Hogan.
Example story: Legion of Super-Heroes #301 (July 1983) "Different Paths, Different Dooms" by Paul Levitz, Keith Giffen and Larry Mahlstedt 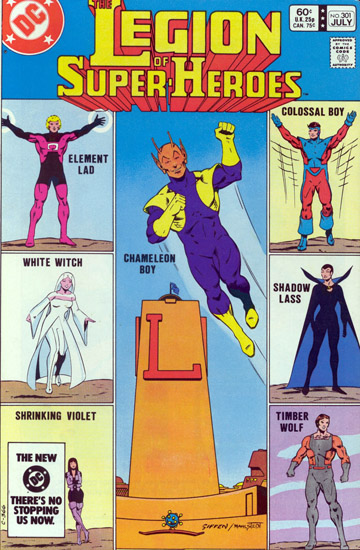 It's a Legion book, so it has a cast of dozens, so let's stick to Cham's role in this issue, for which he got the central cover spot. In this era of the book, it had been revealed that R.J. Brande was really his father AND he'd lost his powers after a stint on the prison planet of Takron-Galtos due to getting zapped. In this issue, he and the equally-powerless Brande return to Durla to get Cham's powers back. If the harsh environment allowed Durlans to evolve these powers, maybe he can kick start them there, or die trying. And it doubles as a road trip with your estranged father, sounds like a great vacation! 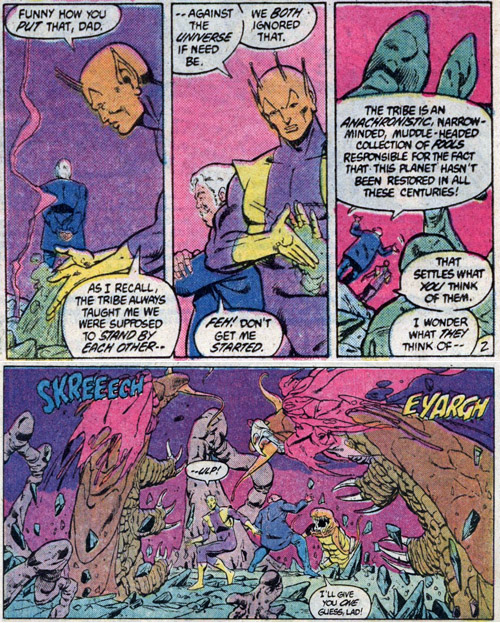 Well, maybe it is and maybe it isn't. Their camping trip is soon crash by the "tribe that needs no name" who want to know what they're doing there. 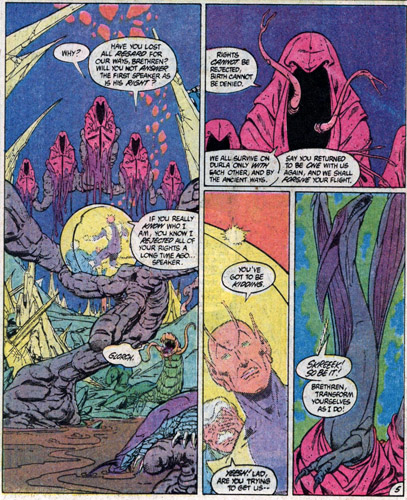 Cham's a bit too brash here by refusing to answer, so they throw him and Brande into a pit of dark water. Is this an execution? They swim out, but the radiation in this wasteland is only going to interfere with Cham's powers more, not restore them. Even the flight ring's gone BZZT. So it's gonna be a long climb, with the planet's mutant creatures continually pestering them. 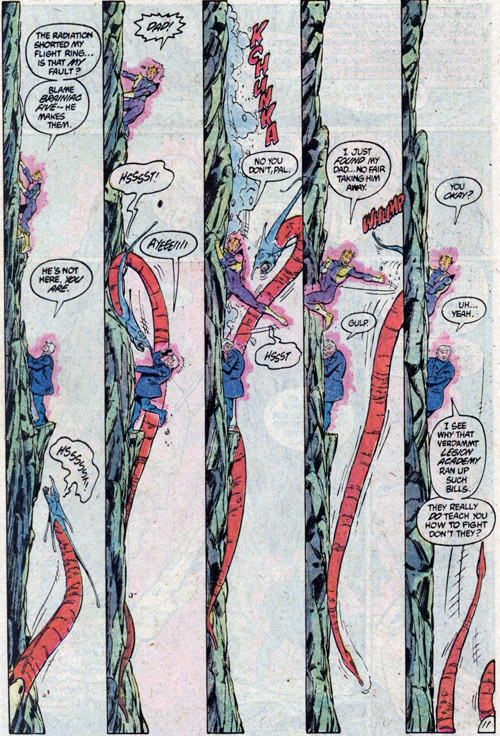 The duo eventually finds its way to "the Temple", where Durlan abilities were apparently born after the planetwide cataclysm. So Cham walks into the particle accelerator... 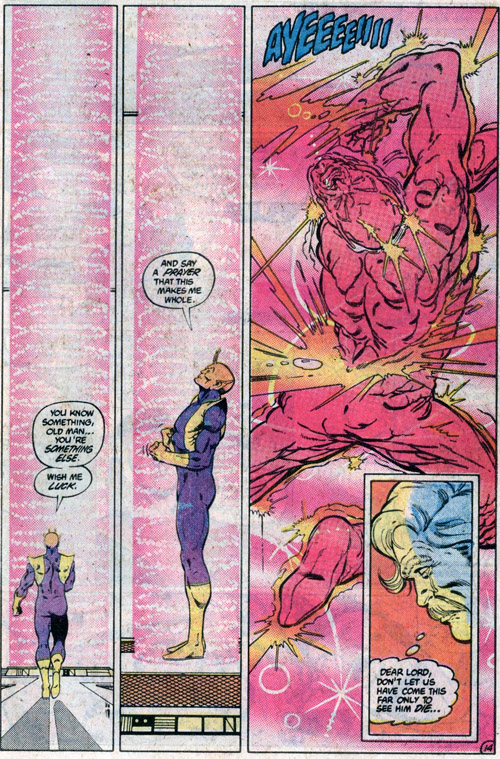 And gets his powers back! 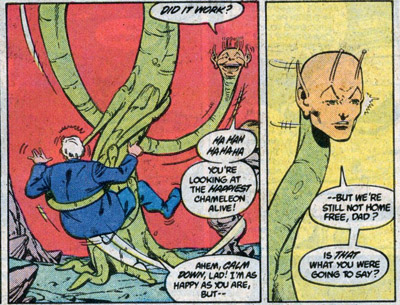 Just in time for the Tribe to find him, seeking his death as a "traitor". You don't leave the Tribe alive! It's weird clobberin' time!

It's a good thing Cham is so talkative or we wouldn't know who the heck is who. In the end, he turns into a hummingbird and dodges just when his opponent lunges at him and stuns himself on a rock formation. It's... not the best or clearest moment. The Second Speaker is more sympathetic and asks Cham to rejoin the Tribe as First Speaker, but he's a Legionnaire, he can't come home.

In this story, we have some of the elements that made me like Chameleon Boy in the first place. He's a wiseacre, he's naturally good at adapting to different situations, and though the rest of the Legion isn't around, he FEELS like a veteran and a leader. Later iterations of the LSH turn him into a weird outsider, and that had appeal too. He's probably too "human" in the original stories. But hey, that's when I cam into things.

Who's Next? A shape-changing Titan.
Comics Legion Who's This?