Who's This? A shape-changing Titan. 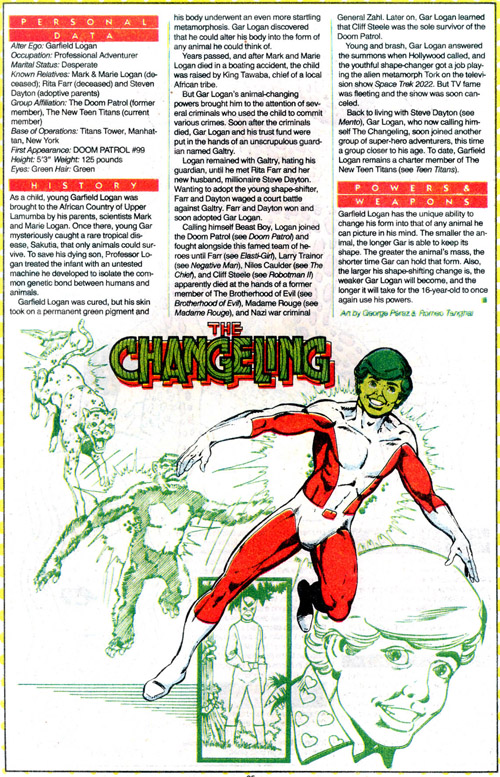 The facts: Starting his career as Beast Boy in the pages of Doom Patrol #99 (Nov 1965), Garfield Logan was added to the team by Arnold Drake who wanted a kid in it. Was it because the Teen Titans were riding a youthquake to popularity? Well, after spending a decade in Limbo, the character would return as part of Marv Wolfman and George Perez's new take on that very team, with the updated code-name Changeling. He switched back to Beast Boy in 2000 in time for his own mini-series. He remains a fixture of Titan comics to this day.
How you could have heard of him: The popular Teen Titans Go TV series and movies has Beast Boy as a cast member, and he also appears in Young Justice. He is better known for these animated appearances than in live action, though he has appeared in the Titans TV show (just not as a member).
Example story: Teen Titans Spotlight #9 (April 1987) "Elements of Doom!" by Paul Kupperberg, Dan Jurgens and Gary Martin 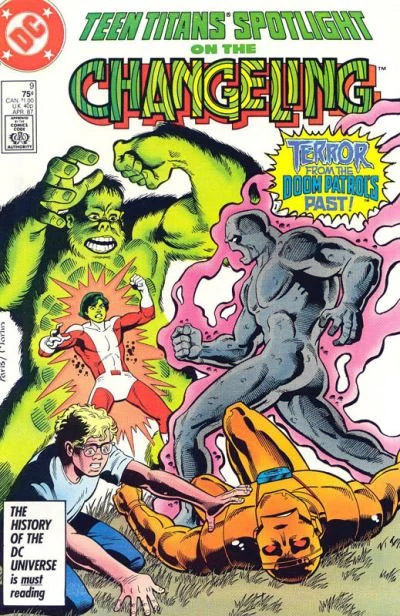 Exploring his lingering connection to the Doom Patrol, Gar's TT Spotlight is essentially a team-up with Robotman Cliff Steele, going up against an old DP villain, the former Mr. 103, now 104 (science proceeds apace, he would now be Mr. 118 now). Kupperberg is writing a prologue to his upcoming Doom Patrol series by having Robotman in some kind of mid-life crisis, but hopefully he gives Gar his due. 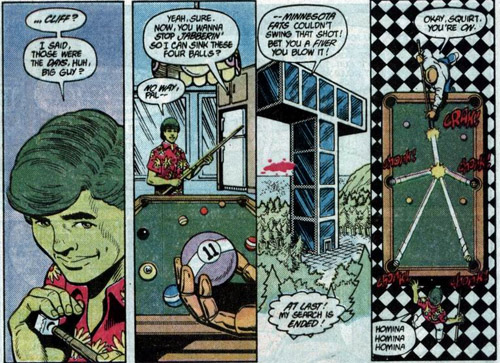 Cliff loves "takin' you rich kids for the big bucks" even if games of skill are boring for him. Between this nugget and the fact that he's been a superhero since he was a child and doesn't get Cliff wanting to retire, we get a pretty good sense of what Changeling is like. Like Cliff, he's had his share of tragedy - he's an orphan and his first team was killed - but he has a brighter outlook on life. Maybe he can infect Robotman with it? An outing at the zoo in Central Park might do the trick. How is Gar with actual animals?

Bit of a troll actually. So just as he is with humans. Also, a glory hound, so he's happy to get noticed and give autographs. Robotman stomps off and that's when Mr. 104 returns from the dead to crash the party. Shape of... a rhinoceros! 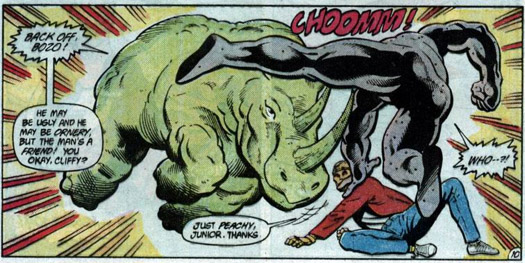 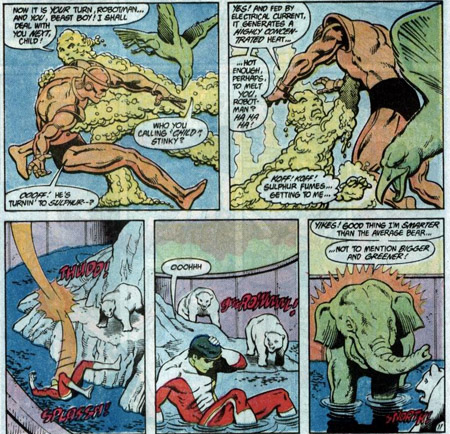 It's actually pretty clever to use Mr. 104 as the bad guy given that, like Robotman, he's made of something other than flesh and bone, and like Changeling, he can change form. Gar uses his trunk to douse the Mr. Sulphur, but by turning into potassium chloride, he allows the water to make him explode. Our heroes may be out of their league here. Cliff is none too happy with the Titan's performance. 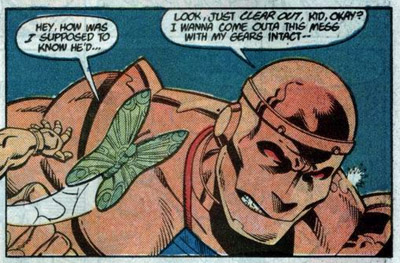 The battle rages between Robotman and Mr. 104 while Gar corrals the animals and evacuates the zoo. And here Kupperberg seems to forget all about Gar. He saves a kid who gets in the crossfire, but otherwise, it's all Cliff for way too many pages given the logos on the cover. At least the final blow is Changeling's. 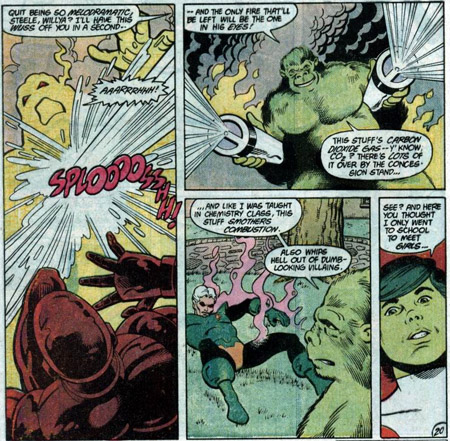 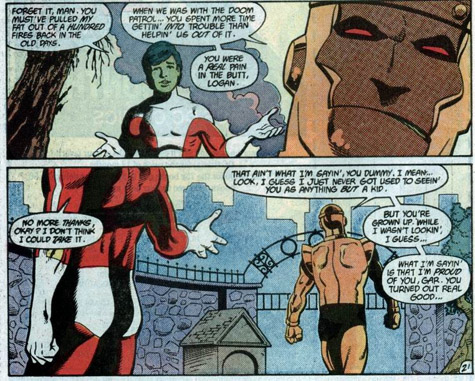 Aw. Kid made good. Gar tries one more time to get Cliff to change his mind about retirement, but it doesn't work. It'll take more than that to draw Robotman back into action (and 6 months later, it would). As for Gar, he's sent to his adoring fans for more generic thanks and adulation.

What I've learned: Gar doesn't really need to wear a costume because his distinctive coloring is enough and he spends most of the action as a naked animal. I just now noticed he never wears it in this whole issue!

Who's Next? DC's Squirrel Girl (not really).
Comics Doom Patrol Teen Titans Who's This?