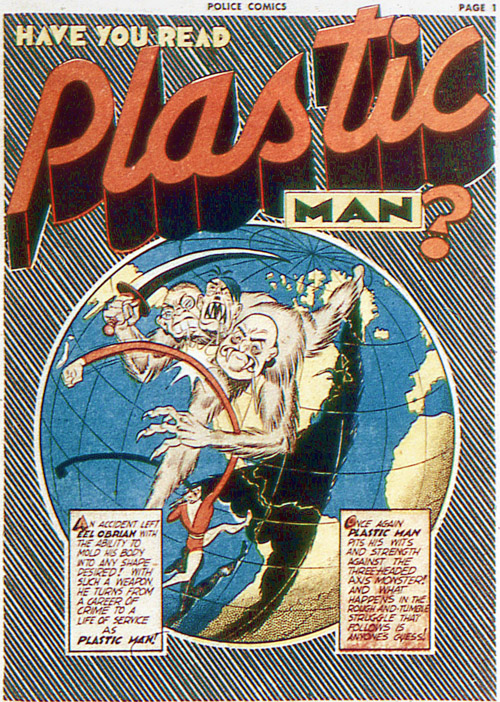 This three-headed monster isn't in the story (nor is it technically called "Have You Read Plastic Man?"). Jack Cole is drawing on propaganda caricatures to represent the forces stacked against the Allies in an interesting way. Because any enemy spy, saboteur or Fifth Columnist who shows up within would fit the bill. Ten issues in, we're really starting to see why Plastic Man was such a runaway hit.
Comics Golden Age One Panel