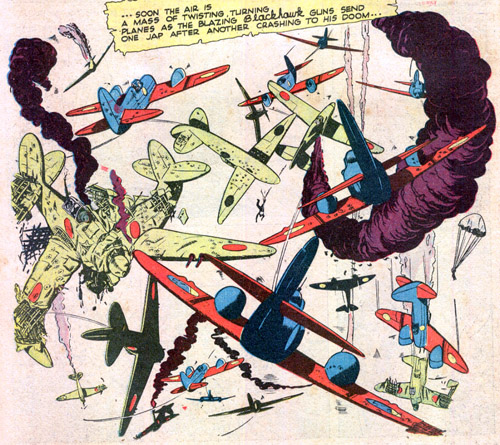 From Blackhawk: "Fury In the Philippines" by Dick French and Chuck Cuidera, Military Comics #11 (August 1942)

Sometimes, you just want to see a big aerial battle, and the best place for that is usually a Blackhawk comic. 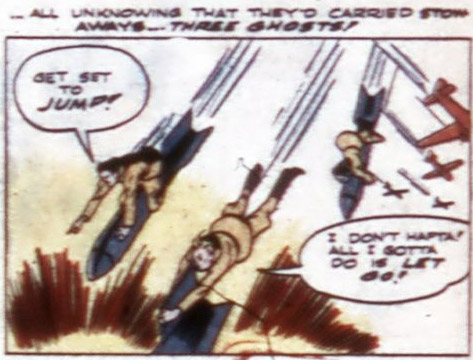 And sometimes, you want to see things devolve into the Dr. Strangelove finale. There, you might have to go farther afield.
Comics Golden Age One Panel