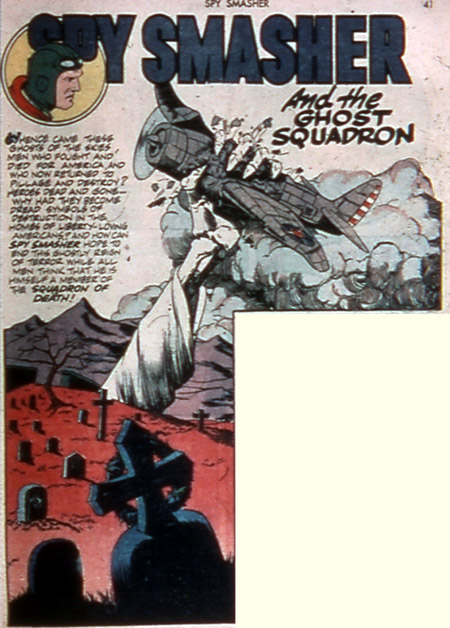 Spy Smasher had some pretty cool splash pages, often going with metaphor and/or giant figures. In this case, the hand of death crushes Baron Von Kurtz's plane. In the actual story, Spy Smasher, on the hood of the plane, punches his enemy into unconsciousness, causing the plane to crash into the ocean. Spy Smasher bails out at the last minute. The Baron does not. Don't worry too much though, the Nazi air ace is alive and well in the very next story.

Next week: We start looking at comics that were on the stands in July of 1942!
Comics Golden Age One Panel