Hyperion to a Satyr: Hamlet Act I, Scene 2 - Ghost Stories 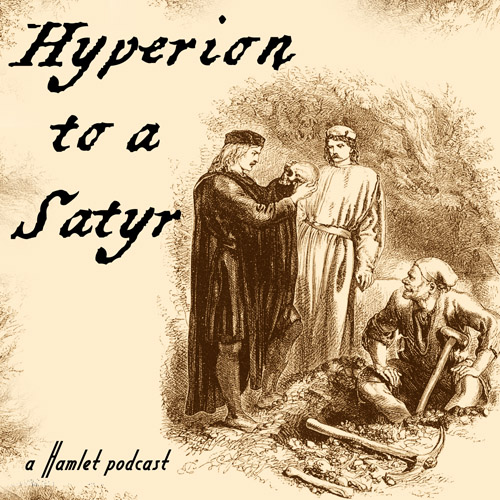 Hyperion to a Satyr - The Fire and Water Podcast Network's Hamlet Podcast - continues Siskoid's scene-by-scene deep dive into Shakespeare's masterwork, discussing the text, but also performance and staging through the lens of several films, television, comics and even a rock opera. In Part 3 of Act I, Scene 2, we look at the end of the scene, from Horatio's entrance through Hamlet's small closing speech after he learns that his father's ghost walks the ramparts of Elsinore.

Or you can right-click “download”, choose “Save Target/Link As”, and select a location on your computer to save the file (22 MB).

Leave a comment, you know I love to read!
Hyperion to a Satyr Podcast