Reign of the Supermen #562: World Without a Justice League

Category: Superman
Last article published: 22 October 2022
This is the 1077th post under this label 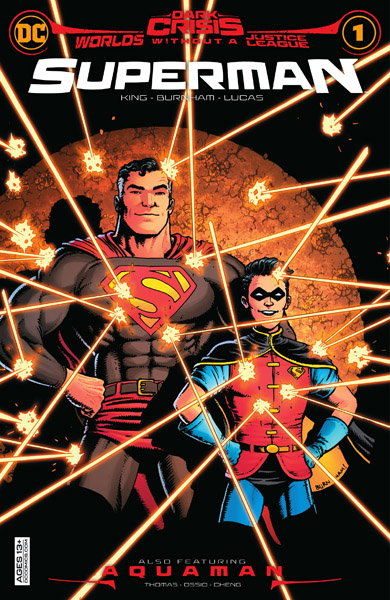 The reports of the deaths of the Justice League that kicked off the current Dark Crisis were somewhat exaggerated. What actually happened is that every member of the League was shunted off into a new universe by Pariah where the JLA does not exist and each hero is the lone hero on their world. Well sort of. These worlds are created in part in the memories and desires of each Leaguer, so for Superman, it has to include Lois and their son Jon who is ALSO a hero. Of course, it's still a little bit scrambled and Jon wears a Robin outfit. 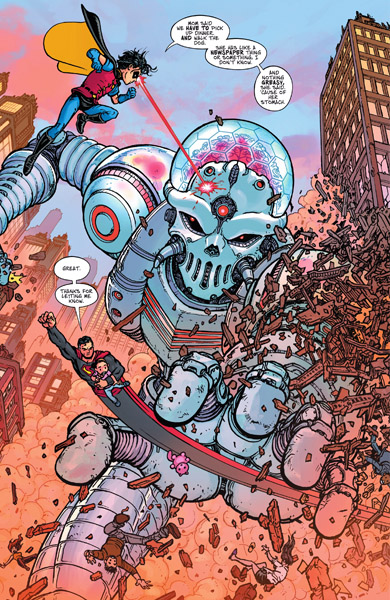 Krypto is also around and the father-son team like to play with their dog, throwing asteroids around for him to catch. At least when Jon is 13. Each chapter of the comic sees him age a year, and by 15, he's fighting New Gods gone mad and his folks are getting worried for his safety. At 16, he gets a Supercycle. 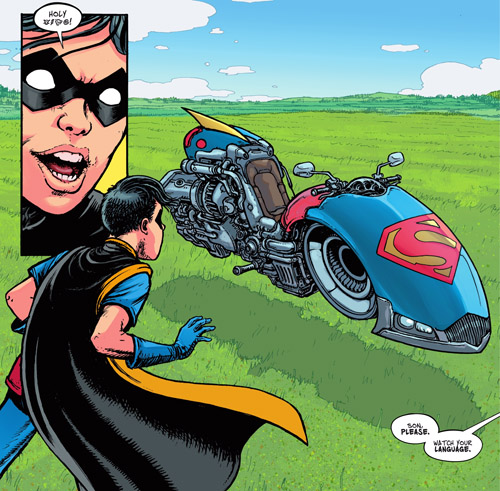 It does 0-60 parsecs in under a minute, and Jon starts exploring the galaxy more and more, and can't help but try to help people and get involved in the New Gods' war. He gets really hurt, and Clark realizes he can't always be there to protect him. As Lois says, this is who he is. At 18, he's ready to go out on his own and even adopts his dad's uniform. 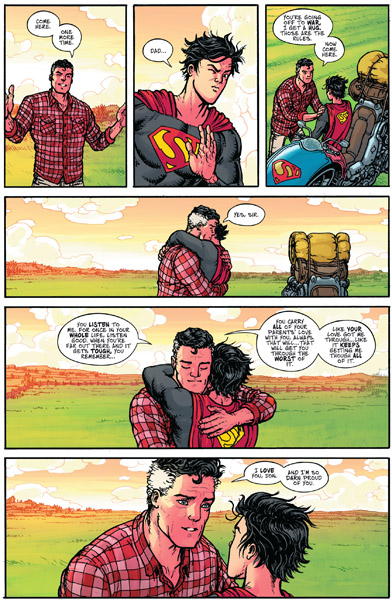 In any universe, this is what Superman comics are like right now. A tender father-son story, whether Clark is stuck on Warworld and Jon has to lean into his legacy, or whether they are both on Earth. I can't imagine DC sticking to a grizzled older Superman for long, so Dark Crisis will probably end with a reboot of some kind, so enjoy Super-Dad and Super-Son while it lasts.